The Cowboys big man will likely be out 6-8 weeks.

The University of Wyoming has announced that Graham Ike has suffered a lower-leg injury and will miss significant time for the Cowboys this season.

Fresh off being named the Preseason Player of the Year for the Mountain West Conference, Ike will likely miss 6-8 weeks with an undisclosed lower leg injury. Ike averaged 19.5 points and 9.6 rebounds a game for the Cowboys last year and was one of the focal points of the Cowboys offense.

Wyoming's Graham Ike will likely miss most of the non-conference slate, source told @Stadium. Timetable is 6-8 weeks, per source.

The Cowboys Depth will be tested immediately this year with the big man missing time. The Cowboys will be able to get valuable long looks at several new players including transfers Jake Kyman, and Max Agbonkpolo, as well as redshirt freshman Nate Barnhart, and true freshman Caden Powell. These four will have a big load to pick up for Ike and will get plenty of time to earn playing time down the line. All signs point to super senior Hunter Thompson to patrol the five as a floor stretching presence. However, Wyoming made such an emphasis at getting the ball inside and letting Ike run things. That’s not the case with Thompson.

While a major blow to the Cowboys, all their goals are still in front of them and within reach. No championship team has made it far without adversity. It will all be about how the Cowboys handle the adversity. 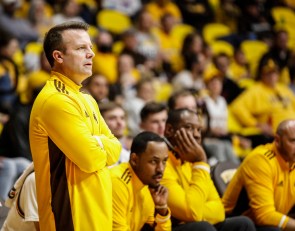