Illingworth will take the first snaps under center for the Wolf Pack in their season opener against the NMSU Aggies.

A big decision finally made.

The Ken Wilson era of Nevada Wolf Pack football is about to get underway on Saturday night against the New Mexico State Aggies, and one of the last big mysteries on a roster full of them headed into 2022 was finally answered when Shane Illingworth earned the starting quarterback job.

First reported by Alex Marguiles of Nevada Sports Net, Illingworth, the former Oklahoma State quarterback who committed to the Wolf Pack in February as a transfer portal entrant, earned the QB1 role ahead of incumbent Nate Cox after a hotly contested fall camp battle. The 6-foot-6 Norco, California native is a former four-star recruit who saw a fair amount of playing time for the Cowboys as a true freshman and sophomore across the 2020 and 2021 seasons, compiling a 3-0 record as a starter while coming on in relief for Spencer Sanders on other occasions.

In six games at OSU, Illingworth posted a completion rate of 57.5% and threw for 939 yards, 7.8 yards per attempt, with seven touchdowns and two interceptions. Now, he’ll be tasked with replacing Carson Strong, the two-time Mountain West offensive player of the year who signed with the Philadelphia Eagles as an undrafted free agent earlier this year. 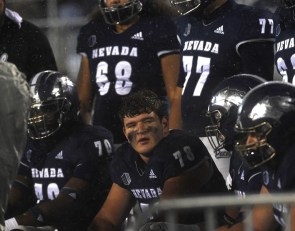 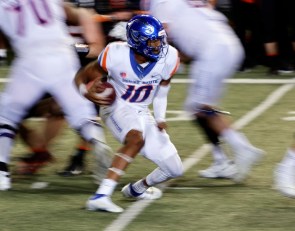 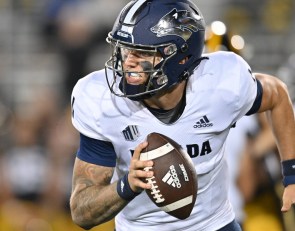