Just like everyone else, Rebels are scrambling to understand

What a time to be a new athletic director

UNLV’s athletic director Erick Harper has been on the job for just over six months and is now trying to manage a massive bombshell of USC and UCLA going to the Big Ten and shaking up college athletics.

Harper’s first move was to get in touch UNLV president Keith Whitfield per the Las Vegas Sun. Whitfield and Harper need to be on the same page and they are looking at everything to see what is the best option for the Rebels.

“We’re making sure we are paying attention to the landscape, because it can change in 24 hours, 48 hours, 72 hours,” Harper said via the Las Vegas Sun. “In this day and age, rumors are going to be swirling continuously. Obviously, the rumors started right away about what the Pac-12 is going to do and what the Big 12 is going to do.”

Mountain West Should Not Be Too Worried About Losing Members

There are a lot of unknowns about what is next for conference shuffling. UNLV doesn’t have the advantage of an amazing brand as the football team is not an elite program The basketball is nowhere near what it was 30-ish years ago and is not even what it was a decade ago when Lon Kruger and Dave Rice were consistently taking the team to the NCAA Tournament.

The Rebels do not have the strength or first option to really make a move. UNLV will, unfortunately, be an afterthought or a last option if they are to join a new league.

UNLV does reside in a decent but not great No. 42 TV market that is growing with high school football talent and the Rebels play in Allegiant Stadium which is the home of the Las Vegas Raiders. So, there are some positives that other larger leagues could be looking at when it comes to the UNLV Rebels.

Harper had to get out and say something publicly to reassure and give fans an update that the Rebel athletic program is aware of the new landscape for college sports and what they are planning to do.

Odds are that UNLV, and the rest of the Mountain West will remain untouched and the league will continue with its current membership. 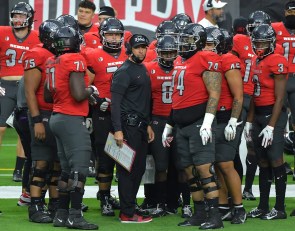 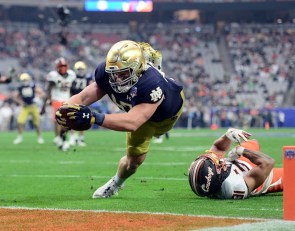 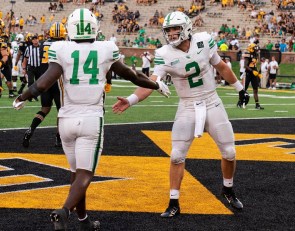