The gambling industry’s football connections go back far further than previously thought. Once upon a time, bookmakers were enamored with horse racing; so much so that they created off-course enterprises to supplement their legitimate ones that were situated on many racetracks around the nation. As a result, football was still a relatively new sport when the gambling business began to take off. To provide clarity for bettors in 1928, lawmakers enacted the Racecourse Betting Act, which outlined what the government intended to do in this area. Since then the betting industry continues to increase in popularity. Because of that, it’s not a surprise that the number of top uk trustly casinos expanded as well and they nowadays provide bettors with a plethora of services.

Since horse racing was the only sport that could be gambled on, the Betting and Gaming Act of 1960 made it possible for betting shops to operate on the high street the following year. That was the first tentative step toward legal, official football wagers.

One in four teams in England’s Premier League has a gambling sponsor on their shirts; among the Championship’s 24 clubs, the figure climbs to 17 in 24. It’s been said that if elected, Labour would prohibit the sponsorship of gambling shirts. Nowadays football clubs can get additional funds from sponsorship and with that money make steps to make the team more successful. Similarly, those bettors who want to make additional money can get daily free spins at gamblizard in order to generate income and then bet on their favorite football club. It is worth noting that nowadays many firms sponsor whole stands or stadiums in addition to jerseys.

The Coates family owns both Stoke City and Bet365, thus the Bet365 stadium’s name. With the use of pitch side hoardings, gambling-related logos may be shown throughout football events on television, even if there are no commercials. According to academics at Goldsmiths, the University of London, gambling logos or branding featured on screen for between 71% and 89% of the running time of the BBC’s flagship football highlights program Match of the Day in three separate studies.

A prohibition on commercials during games, known as the “whistle-to-whistle” ban, was recently instituted by the industry in response to growing public outrage about the prevalence of gambling advertisements among young sports fans. Despite the voluntary prohibition, betting companies continue to advertise aggressively on television before and after games.

However, some businesses continue to push the boundaries of what is permitted in the realm of advertising. West Ham’s sponsor Betway had a YouTube commercial featuring 20-year-old player Declan Rice banned by the Advertising Standards Authority. Advertisements for gambling sites aren’t supposed to showcase persons under the age of 25. Gaming companies continue to run heavy radio and social media ads, making it difficult to keep minors out.

If your team’s home team is sponsored by a gambling company, you may expect to see their logos plastered all over the stadium. A Spot the Difference game geared for young Birmingham City fans includes a logo for the internet casino 888 as the solution, according to psychology specialists. Analysis of 44 Premier League and Championship games indicated that the average number of gambling advertisements was 2.3, four times more than the number of alcohol advertisements.

Why do certain football teams have bookie sponsorships, while others do not, and why is that? A moral argument might be made, but in most situations, it is just a question of their being offered a better deal by another firm than they were. Since alcohol and cigarette firms have supported this sport in the past, any moral outrage is likely to be misplaced. However, it doesn’t mean that moral problems aren’t brought up.

The Impact Of Online Gambling

Even though football wagering has always been a popular pastime, internet betting has transformed not just how and when we may wager but also how we do it. As a result of the introduction of in-play wagering, bettors are no longer limited to traditional wagers like “who will win” or “what the score will be.” The number of corners, the next throw-in winner, and even the moment at which the first yellow card will be shown is all options for wagering these days. Openness in the market has reached a point where the number of bets offered is almost infinite. When it comes to winning, it will likely rely on how well you can control your betting. You’ll be alright if you’re the kind of person who knows exactly how much money you’re willing to risk and is disciplined enough to keep to that budget. However, if you tend to get lost in the present, you may wind up wasting 90 minutes of your time.

In the same way, internet gambling has changed the way and when we may now gamble. If you’re at the stadium for a live game, you may as well place a wager while you’re there. That’s OK if you always place your bets with a cool head and a measured approach, but if you’re prone to betting on the spur of the moment, you run the risk of making some costly errors. If you’re a gambler, you’re unlikely to grumble about the number of locations you can wager or the method you use. There is no guarantee that this is a good thing, but it is likely to be perceived as a positive by most customers. 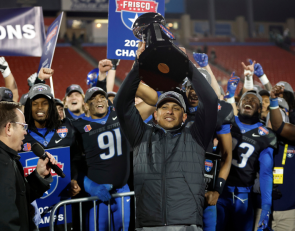 How To Make Money Gambling On Football 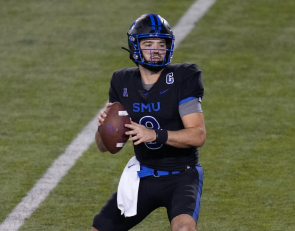