The NBA Finals Series is a global event. Because of its incredible performances, legendary personalities, and history, the NBA is well-known around the globe. The two most decorated and greatest teams will be clashing in this year’s finals. Golden State Warriors and Boston Celtics will be looking to win their fourth championship in eight years and the eighteenth trophy, respectively.

Warriors VS Celtics look to be another classic final series. Similarly, there is no shortage of great finals series in the NBA. Over the decades, there have been amazing match-ups based on rivalries.

The following are some of the memorable and top finals series of all-time witnessed by the fans.

In 2013, the rivalry was heating up and the Spurs looked favorite to win and also had favorable NBA final odds. But the Miami Heat had other plans. The Heat was probably the best NBA team and was coming off a 66 wins season.

Spurs were also on the roll and consistent with their performances. Then the titans clashed. The series was drawn 3-3. The Heat won the finals in the last game with the help of the king himself, LeBron James. James gave the Heat a four-point lead in the closing seconds that proved to be enough and also received the MVP.

It was probably the best comeback in the history of the finals. The series had everything a fan could wish for. The Warriors were unstoppable in 2016 and had the best season. Meanwhile, the Cavaliers, with their top talents, were cruising in the season as well.

The finals were evenly poised. It was difficult to pick a winner. In the first two games, the Warriors had a 2-0 lead. The Cavaliers won game 3 until the next game when Steph Curry unleashed himself and won the game for the Warriors. Again, LeBron James rescued the Cavaliers in both of the next games and closed the gap to 3-3.

The final match was tense. Both teams were going back and forth with the final score tied at 610 points. In dramatic game 7, it was James who came on top with the most points, rebounds, and assists claiming another MVP and winning the title for the Cavaliers.

This final series was one of the classics and probably the only one in which MVP was awarded to the losing team. The mighty Celtics were bossing the 60s era, and the Lakers were consistent with their performances.

The Celtics were not playing as per expectations and it looked that the Lakers would lift the trophy. The Lakers were leading the series 2-0 but it was John Havlicek who kept the Celtics’ chances alive and leveled the series.

However, it was difficult to hold Jerry West back as he made sure the Lakers had an upper hand with a 3-2 lead in the series. Again, the Celtics made a comeback with defensive tactics and leveled the series.

In the last game, in front of the home crowd, the Lakers were expected to do well but the Celtics proved to be too strong to back down and they won the title again.

It was a contrasting matchup in the 1988 NBA finals. The first four matches of the series were one-sided from either side. Additionally, the series also witnessed a rivalry between two of the greatest point guards, Magic Johnson and Isiah Thomas.

The Pistons were leading the series 3-2 and Thomas also gave the most memorable performance of his. But it was not enough, and the Lakers leveled the series. In the last game, James Worthy showcased his class and single-handedly won a second consecutive title for the Lakers. 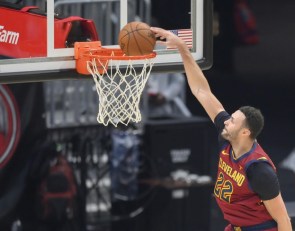