Get ready to watch the draft!

Will a Mountain West player sneak in?

The 2022 NFL Draft is finally here and the Mountain West has a chance to be well represented over the three-day event. The festivities are finally in Las Vegas after being postponed in 2020 due to COVID-19 and the 2021 event went on as scheduled in Cleveland.

Thursday night will only be the first round. The Mountain West is not expected to have anyone selected on the first day this year, but who knows? We could have a Rashaad Penny situation with a surprise player going in the first round.

If there is to be a first-rounder, it very likely will be Colorado State tight end Trey McBride. He is going to be the first tight end off the board but a team might be reaching for him in the first round.

The second and third days will be when the Mountain West really shines but keep your fingers crossed for a potential surprise first round pick. 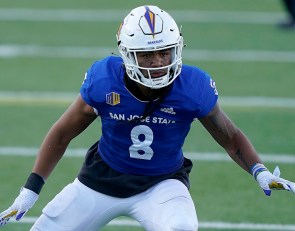