A deal was so close to being had.

There is no plan after 2026 title game

Earlier this summer it seemed a foregone conclusion that the College Football Playoff would be expanding to 12 teams from the working group that includes Mountain West commissioner Craig Thompson.

The plan was to have a 12-team playoff that included the six-highest rated league champions and the four highest-rated conference champions would get a bye.

This was huge and loved by those who love college football. There were no automatic bids for the Power 5 conferences and including the six-highest ranked champions that at least one, and even in the rare year, a pair of Group of Five teams would be in.

However, the 10 conference commissioners, plus Notre Dame athletics director Jack Swarbrick could not come to a consensus on a plan. It should be noted that school presidents were involved in this process as well.

Bill Hancock released the statement no one wanted to hear regarding the College Football Playoff.

“The CFP Board of Managers met via video conference yesterday, as a follow-up to a video meeting earlier this week conducted by the CFP Management Committee.

“The Board of Managers has accepted a recommendation from the Management Committee to continue the current four-team playoff for the next four years, as called for in the CFP’s original 12-year plan. At the same time, the Board expects the Management Committee to continue its discussions of a new format that would go into effect for the 2026-27 season.

“Even though the outcome did not lead to a recommendation for an early expansion before the end of the current 12-year contract, the discussions have been helpful and informative. I am sure they will serve as a useful guide for the Board of Managers and for the Management Committee as we determine what the Playoff will look like beginning in the 2026-2027 season.

“I thank the working group for its hard work that resulted in the 12-team proposal, and the Management Committee for its thorough and diligent job reviewing it and other possible expansion ideas. This has been a long, careful, and detailed process that involved many people considering a complex matter. I am grateful to everyone for their dedication to college football and the detailed and deliberative effort everyone put into the consideration of a different format. I know the four-team event will continue to be successful.”

Clearly, this is a big blow to the sport whose postseason has been a disaster ever since the sport began playing well over 100 years ago. There have been voting on a champion before bowl games, bowl matchups against ranked teams but rarely a No. 1 vs. No. 2, the Bowl Alliance attempted to fix that, the BCS, and now the four-team model.

Each slightly better — emphasis on slightly — than the prior post-season model. It is very frustrating since every other sport within the NCAA and other divisions of college football have figured out how to host a legitimate postseason.

Now, there is no plan to expand after the 2026 tile game and technically, there is no post-season plan at all. So, there is a chance — albeit — very small that the old system of bowl games will be used to determine a title.

What might be the most mind-boggling of this all is that the sport basically turned down nearly half a billion dollars by not adjusting the playoff format. This is shocking since these leagues are consumed by the almighty dollar.

So, How did we get here?

It seemed early on and today that all of the Group of Five are in favor of an expanded field that will guarantee them a spot at the table. The Big 12 Bob Bowlsby wants the expanded playoff because once they lose Texas and Oklahoma there is less star power in that league, even with bringing in some well above average programs in Houston, UCF, BYU, and Cincinnati.

Greg Sankey and the SEC will be fine with any format since their league is already the best and has the most national titles and appearances. That league can make an argument for any format, even a four-team field because they are fine regardless.

The SEC has a preference but it seems that they would not be a roadblock, we think.

SEC Commissioner Greg Sankey to AP:
"I don't think it (coming up with a new CFP format) becomes an easier. In fact, I think it becomes more complicated."

Now that there is no agreement, the SEC might actually support something else, which is not great.

SEC commissioner Greg Sankey tells @SINow that the league now has to “rethink” its position on CFP expansion.

Does that mean his conference might no longer support a 12-team playoff?

There is no consensus as leagues want different things. Those standing in the way are possibly the SEC but the ACC has very different ideas of what they want. The Big Ten and Pac-12 want some sort of automatic qualifiers for its league, and then there is the f****ing Rose Bowl.

ACC – Player safety, a federal standard for NIL, and adjustments to the transfer portal.

Pac-12 – Automatic qualifiers, money but also are open to any number of expansion ideas.

As for the Rose Bowl. It is honestly hilarious they want to be a stick in the mud and mess things up. They can totally be part of the playoff rotation but they just want the traditional matchup and the very valuable timeslot.

If they join the playoff rotation they are involved and can possibly keep their Jan. 1 date and time most years but getting their matchup is highly unlikely.

Bowls are about money and the Rose Bowl has power. No one is stopping them from having a Big Ten vs. Pac-12 matchup and still likely at their late afternoon kick off, it just might not be the Big Ten vs. Pac-12 champion. Which is something they have endured before, but in this scenario, it might be Pac-12 No. 2 vs. Big Ten No. 2.

Perhaps a compromise could be to just have the Rose Bowl be the national title game and could make that bowl game even more valuable. Plus, they could still host their traditional conference affiliated matchup a few weeks earlier.

Big Ten commissioner Kevin Warren wants auto bids despite two very rare occasions since 1998 a power team would be left out. One was the 2020 COVID year and the other during the early 2010s and the BCS contract still allowed a Big East team to get an automatic bid to a big time bowl game.

“It’s just very important that we have the automatic qualifiers for the five conferences,” Warren said “It’s just the demands of the schedule … and I strongly believe that if you are crowned the Big Ten champion, that you should have an opportunity to participate for a national championship. … I feel strongly about that as I stand here today.”

The ACC feels that there are many other things that are bigger than the playoff, such as NIL which they are hoping and praying that federal legislation will take care of it, which it won’t.

There is some hope because there is still a lot of support from the majority of the group remained steadfast in support of the initial 12-team proposal crafted by Sankey, Big 12 Commissioner Bob Bowlsby, Mountain West Commissioner Craig Thompson and Swarbrick.

One big hiccup is that there are new commissioners who were not involved in this process and want to have more input. Those three are Kevin Warren of the Big 10, George Klivakoff of the Pac-12, and Jim Phillips of the ACC.

They are trying to have a power move of sorts to get a deal done that they like. With this being a unanimous vote requirement, even a single hold out is an issue.

Right now there are six leagues that seem fine with the 12-team playoff recommendation which include the Group of Five and Big 12. The Pac-12 is probably fine with the format but the Rose Bowl is in the way. The SEC seems like a league that, as mentioned above, likely wouldn’t be a roadblock to a new format.

That leaves really the ACC and the Big Ten as the two really sticking their feet in, plus whatever gets decided with the Rose Bowl.

This whole situation just gives everyone more time to figure out what a format will look like. Odds are very high that this playoff will expand it just depends how.

Maybe I am a fool and think something great will happen but odds are there will be an expanded playoff with a handful of disappointed parties, and the rich tradition of FBS football taking a baby step will be achieved as usual 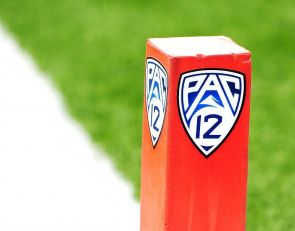 San Diego State University Is Reportedly In Talks With PAC-12