10 Richest Sports Icons in the World

10 Richest Sports Icons in the World

By the end of 2021, global sporting events revenue is projected to peak at about USD 6 million. Further, the world’s sports betting market size is believed to reach roughly $140 billion by 2028. That makes the industry among the highest-paid in the world.

Who else will enjoy the unrelenting success of the sports industry but the sports icon themselves. We’re talking about the big names in the NBA, golf, football, boxing, and other types of sports. Although this list hosts the sports that handle billions a year, other options like tennis may bring up champions to net worth sums of over 9 million dollars in total!

Here are the names we’re talking about:

Acclaimed one of the NBA’s GOAT, Michael Jordan tops the list. Jordan played about 15 seasons in the NBA for the teams Chicago Bulls and Washington Wizards. Although Jordan already retired from the league, he still maintains longtime endorsements with big companies like Nike, Hanes, Gatorade, and Upper Deck.

Michael Jordan’s net worth amounted to USD 2.2 billion in 2021, making him the world’s richest athlete. Jordan and Kobe Bryant are amongst the main players that have generated massive amounts of wagering on NBA betting markets due to their stardom and incredible following.

One of the most notorious golfers in the world, Tiger Woods, also made it to the list. Woods holds many golf records, including 14-time wins for majors, making him the second in men’s majors’ championships, and the first in PGA Tour wins.

With his long list of endorsements, he’s among the richest sports icons in the world and is among the highest-paid athletes globally every year. With that, his net worth is estimated to be USD 800 million.

Another great golfer is Arnold Palmer, who is also regarded as one of the most charismatic players in the history of sports. From 1955, he already won many golfing events on PGA Tour Champions.

Palmer died in 2016, but his estate kept him on the list. His career earnings amounted to $1.4 billion.

Nicknamed as “The Golden Bear”, the former American golfer Jack Nicklaus also makes it to the list. What made him rich and famous is his good standing in the golfing scene. Nicklaus ranked third in total PGA tour victories and won more majors than any golfer in the world.

Jack Nicklaus has career earnings of USD 1.2 billion, while his net worth is estimated at a staggering $400 million as of 2021.

The former German Formula One racer, Michael Schumacher, is also the most acclaimed in his sport. He’s the only Formula One driver in history to win 7 world championships consecutively, making him one of the greatest racers of all time.

He’s the 5th richest athlete in the world, with a net worth of $600 million.

Winning a total of 42 events on the PGA Tour, Phil Mickelson is easily considered among the highest-paid sports icons in the world. Aside from his endorsements left and right, his USD 84 million career prize money, which ranks 2nd highest, put him on this list.

Kobe Bryant’s earnings in his playing career are also the top among team athletes of all time. He was also the highest-paid NBA player in the final 6 seasons of his career. He also had many endorsements from big companies and launched his own like Kobe Inc and Bryant Stibel, which adds up to his wealth.

This retired English football player has among the most colorful careers in sports, making him among the most popular in the world. David Beckham spent most of his career playing for Manchester United, as well as the English National Team.

David Beckham has estimated career earnings of $800 million and a net worth of $450 million in 2021.

If you love boxing, it’s impossible for you not to know Floyd Mayweather. With his undefeated record of 50-0, he is easily considered among boxing’s best players of all time. He also founded the fight promotion company Mayweather Promotions.

One of the most popular fights that made him significantly richer was his fight against Conor McGregor in 2017. He recorded career earnings of $785 million, while his net worth is estimated at $450 million.

Shaquille O’Neal is also a name that made a mark in the NBA courts. After playing in the NBA for 19 seasons, he’s currently the association’s sports analyst. He’s one of the greatest basketball players of all time.

His net worth is estimated at $400 million. He also has career earnings of $735 million.

Those are the sports icons that made it to the list of the world’s richest athletes of all time, as ranked by Forbes. They are proof of how powerful and influential sports is, especially to those who have exemplary talents that made it on top.

While the list only mentioned 10 athletes, some more great players are currently making a mark in the sports arena. So watch out for them! 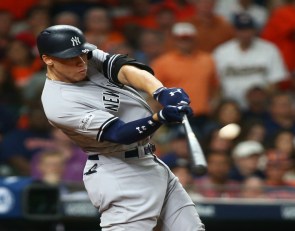