There was a lot to breakdown from the Wyoming Football post this afternoon. Craig Bohl is known to avoid commenting about student-athletes who are leaving the program and the post today left a lot to unpack.

What did he say?

This wasn’t a comment made in 2019 when discussions about NIL began to heat up, this was said during the last week of 2021. Programs around the country had already created action plans to address the shifting landscape. Even both Wyoming basketball programs got into the action with player branded shirts. Did you anticipate they were going to transfer or did they inform you that they were transferring after they made up their mind?

Not every school was able to provide the opportunities like those at Miami or BYU but how could a program be this blindsided? What steps had the program taken ahead of time to prevent this from happening? What steps are being taken to prevent this from happening again? Is NIL and the one-time transfer even the reason why these guys are leaving or is it actually something else?

Is this a job posting?

Finally some innovation in our attack! An Indeed posting for a quarterback? While I appreciate the fact that Bohl has finally acknowledged that the portal is a 2-way street, this is such a terrible look. When I read it, I thought, “Well the guys I recruited aren’t good enough and the ones who were didn’t want to be here….but I promise everything will be better this time, Josh Allen, Josh Allen, Josh Allen”. What quarterback looking for a better opportunity is going to choose an offense where they can’t pass?

Wyoming turned into the joke of the day which has to hurt for many in the fanbase who are satisfied with the current state of the program because “at least it means we don’t suck”. On the bright side, at least the national media picked it up. It even made ESPN’s top headlines today. All publicity is good publicity, right?

Not sure I’ve ever seen a “Wanted: quarterbacks” statement from an official account before. https://t.co/2CLmSfiX7c

Wyoming threw the ball 37.4% of time despite beating their opponents by 1.6 points on average.

Bad coaches should not be rewarded with good transfer QBs. The current CFB climate finally ensures another Josh Allen will not suffer under coach Bohl https://t.co/azwZjWWcyC

What did Josh Allen have to do with this?

Why? What was the point of adding Josh Allen to the graphic? We will always love Josh and what he did for the program but he didn’t blossom into what he is until he left Laramie. He’s been gone since 2017!  Josh Allen was a generational talent and will forever be a Cowboys legend but it’s ridiculous to sell the chance to be the next Josh Allen. The last 3 “next Josh Allen’s” have transferred.

At the end of the 2020 season, we learned from Bohl that the offense would be revamped. Brent Vigen left Wyoming to become the head coach at Montana State and has led the Bobcats to the FCS National Championship game. Wyoming’s offense performed worse in 2021 and will be losing their top 2 quarterbacks and top receiver for 2022.

Bohl just finished his 8th season. The peak so far has been a MW title game appearance in 2016 and 8 wins three times. Wyoming is 17-15 (8-14 MW) over the last 3 seasons. Wyoming hasn’t finished with a winning record in conference play since 2017. When will the bar be raised in Laramie?

This year, we saw Utah State win 11 games and the conference with a 1st year head coach. No one is arguing that Laramie is an easy place to recruit to but Logan, UT can’t be much easier. Last year, San Jose State won the conference. It shouldn’t be unrealistic to expect more from the program than what we’ve seen. We’ve also seen enough to know what to expect.

The flip side is that the Bohl era has created the most consistent winning since the late 90’s under Tiller/Dimel. I think Tom Burman has already answered this question but I’ll ask it one more time. Is good enough good enough or do you take the unknown path and chase greatness knowing you could either hit the jackpot or risk losing it all? 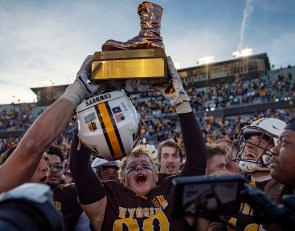 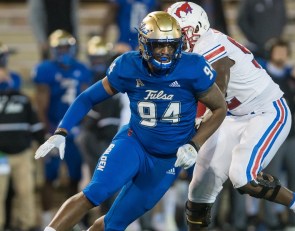 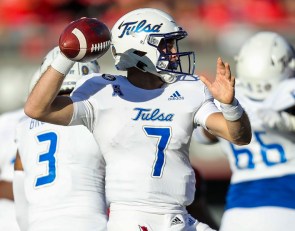