Lucas Johnson dazzles passing for 333 yards and three touchdowns plus a fourth rushing touchdown to deliver the win for SDSU.

SDSU serves up a Roadrunner Smoothie during a hard-fought bowl win against a highly respectable UTSA opponent.

Frisco, TX – The San Diego State Aztecs (12-2) are your 2021 Tropical Smoothie Cafe Frisco Bowl champions, after a pronounced win over the UTSA Roadrunners (12-2).

In light of the Roadrunners having several players sidelined due to injuries and quarantine protocol, the game’s opening points were posted by UTSA with just 12:36 on the clock in the first quarter, when quarterback Frank Harris connected on a 12-yard pass to De’Corian Clark for touchdown.  For a moment it appeared the Roadrunners might break the game open.

Several possessions later, with 5:09 left on the clock the Aztecs returned with quarterback Lucas Johnson delivering a 20-yard pass to Jesse Matthews then extra point bringing it back to 7-7.  Before the end of the quarter, the Roadrunners added one more touchdown with Brenden Brady completing a 2-yard drive making it 14-7.

In the second quarter, the Aztecs put ten unanswered points on the board, first with Johnson connecting again with Matthews with 9:14 to go in the quarter, and then taking a 17-14 lead going into halftime complements of punt god Matt Araiza.

On the following Roadrunners possession, a big catch and a 15-yard bonus due to roughing the passer put the Roadrunners in excellent field position. With zero seconds left in the 3rd, Harris connected with Zakhari Franklin for touchdown, to reach 24-31.  Repeated Aztecs penalties made this drive very easy for the roadrunners.

In the fourth quarter the Aztecs drove, and received a roughing the passer call to advance down the field.  Another unnecessary roughness call against the Roadrunners moved the Aztecs even further down to field goal range before Lucas connected repeatedly with Matthews. Johnson faked a handoff and ran the ball in the end zone for the final points of the game making it 38-24.

The Roadrunners were unable to bounce back before the Aztecs chewed up the clock late in the fourth quarter to secure the victory.

This win marks the first time San Diego State has waged 12 victories in a season- a new program record.  Lucas Johnson had a stellar night passing for 333 yards and three touchdowns, and a fourth rushing touchdown himself.  Jesse Matthews was the game’s MVP, with 11 receptions for 175 yards and two touchdowns. 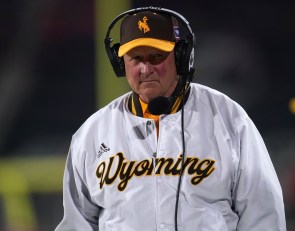 Mountain West Football: Examining Each Team’s Top 2023 Recruit The second National Signing Day has come and gone, so we take a (…)

When it comes to different types of gambling games, sold machines are arguably the most popular. It is no wonder since they are the easiest (…)