The Aggies prepare to face the Aztecs in the Mountain West Championship game on December 4th, 2021. Head Coach Blake Anderson, Quarterback Logan Bonner, and Linebacker Justin Rice recap New Mexico and what they can look forward to in facing the ranked Aztecs in Carson, CA.

Anderson was his normal, cheerful self to begin. He expressed how frustrating it is to face an offense like New Mexico and specifically cited how the Aggies were unable to run the ball well. However, he did clarify that he was pleased his team was able to hit the big offensive play consistently and he praised Rocky Long‘s defense as well as Danny Gonzalez for his leadership. He went further into detail about how he and Gonzalez are longtime friends and how he felt it was an appropriate moment to kneel beside Gonzalez on the field after a New Mexico offensive lineman sustained a graphic injury during the game.

Anderson also talked about how he initially didn’t consider that the Aggies would be in the title game before the season began. He talked about how he felt the team was trending in the right direction and that he needed to evaluate them in live situations. The Wazzu game went about the way he predicted it would and he felt they could outlast the Cougars late. The game was winnable because of the Aggies’ style of play and he made comparisons to how SDSU’s offensive line is similarly built to the Cougars.

Another key part of Anderson’s address was praise for Matt Araiza and other SDSU players. He noted how he’s a weapon not many teams have and that he would “be shocked if Scarver has a chance to return a ball this week.” He also praised DL Cameron Thomas and emphasized that the defense is built very well for speed and consistency and that the numbers speak for themselves. In terms of physicality, it will be one of the best teams the Aggies face this season.

To wrap up his portion of the press conference, Anderson talked about how Logan Bonner has continually gotten better over the season. Bonner “missed a lot of ball” but Anderson knew he could play at a high level. Keeping him upright will be a priority against the Aztecs and Anderson also mentioned how there are many good defensive fronts in the Mountain West. Even despite some turnovers, Anderson further praised Bonner for being able to come back to make the big play and shake off the hits he takes to keep the offense moving. Also, Andrew Peasley is most likely not going to be available as a backup against the Aztecs due to injury.

Al Lewis asked about the two QB situation at SDSU and Anderson responded it’s fitting they’ll be facing a team with this question mark. It reminds him of how the Aggies started the year and they’ll need to be on their toes no matter what. Both QBs throw the ball well and it “marries up with their run game” and creates pressure inside the box.

The often hit QB said he is “ready to go, in all phases.” Bonner noted he has never played for a championship but has tried many times. It’s a big game, but the Aggies are going to prepare the same way they do every week. He said they will “lock in and do our best.”

Bonner noted the team has momentum right now, but they need to come out and play their best game against a “phenomenal front seven” and he’s hoping it will be a great game. Given the way he entered the season, Bonner said he feels great about where the team is at and he reflected about how the team has worked its butt off and how everyone bought in. He further noted everyone got better day by day. Overcoming adversity and sticking to the plan has been one thing the team has been good at all year as well.

Bonner said it will be one of the best defenses the Aggies have faced all year, but they look forward to the challenge. The number one rule for the team is that you can’t turn the ball over and that they need to continue the trend of taking care of it.

Congrats to @LoganBaneBonner on being named a Manning Award "Star of the Week"!

The senior linebacker capped off the press conference talking about his time at Fresno State and where he is at with the Aggies now. He was clear the Aztecs are a physical, no-nonsense team that will “try to outmatch you in the trenches and impose their will.”

Rice was complimentary of his teammates and talked about having trust in each other and the scheme. Once that happens, good things happen and the team as a whole makes more plays. A huge point of emphasis for this week will be about defending the pass considering how well the Aztecs took advantage of the Broncos.

This game means a lot to Rice personally because he gets to play in a championship, whereas he didn’t get to do this at either Fresno or Arkansas State. “The best way to go out is with a win.”

Finally, Rice addressed how preparation will be similar to how they prepared for SJSU due to two QBs. Their will be wrinkles, but once they solidify the game plan, the team will be alright. 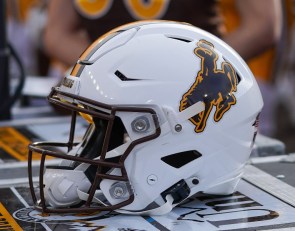 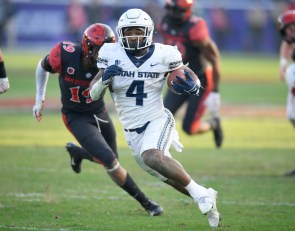 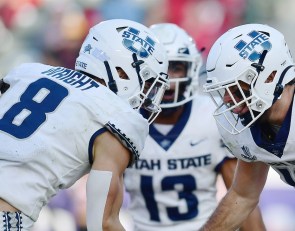 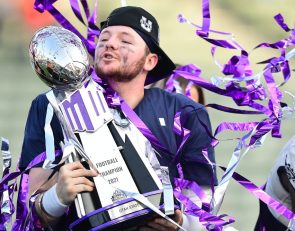 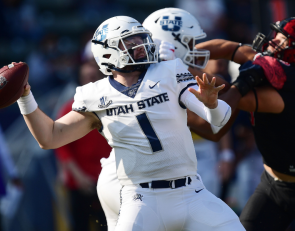