I think the Aztecs might lose a little ground this week, ironically enough, because the Utes beat the Ducks so badly. There also weren’t a ton of ranked losses from which San Diego State can benefit: #3 Oregon, #7 Michigan State, and #10 Wake Forest all lost by at least three touchdowns, but may not drop enough for the Aztecs to move up. #21 Arkansas hung with Alabama before dropping a one-score decision, but they were already behind in the rankings, anyway. 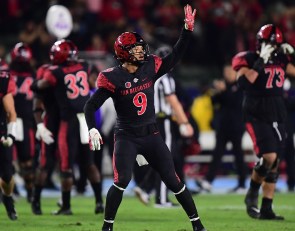