The Nevada Wolf Pack open up their 2021 home schedule against Idaho State on Saturday.

Nevada Returns To Action This Saturday At Home Against Idaho State

The Nevada Wolf Pack return to action on Saturday night in their home opener against the Idaho State Bengals out of the FCS Division.

The Wolf Pack are 1-0 and coming off a big win on the road against the Cal Golden Bears last week in Berkeley. The win over Cal was Nevada’s third win against a Power 5 team under head coach Jay Norvell.

This week, Nevada takes on an Idaho State team coming off a loss last week in their season debut to North Dakota 35-14. The Wolf Pack previously faced Idaho State back in 2017 where the Bengals defeated the Wolf Pack 30-28 in Reno.

Can the Wolf Pack avenge that embarrassing loss against the Bengals back in 2017 this Saturday at Mackey Stadium?  Here are my keys and a prediction for Nevada-Idaho State.

Get the running game back on track

The Nevada rushing attack was not good in the victory over Cal last week as the Wolf Pack only gained 61 yards on 26 carries. Those numbers total out to a paltry 2.3 yards per rushing attempt and that is subpar. Credit to Cal’s rushing defense which stifled the Wolf Pack rushing offense but Nevada has to get better production on the ground.

The Wolf Pack offensive line, which will be without lineman Andrew Cannon due to a knee injury, needs to get a better push upfront to open up running lanes for its backs. With a better push up front and open running lanes, it should open things up for running backs Toa Taua and Devontae Lee to have a good performance this week.

It also helps that the Idaho State defensive line struggled to defend the run last week. The Bengals gave up 185 rushing yards to North Dakota last week. Nevada should be able to take advantage of the Bengals porous rushing attack on Saturday night.

Continue the stellar defensive play from last week against Cal

In the first two defensive drives against Cal, the Wolf Pack got man-handled by the Golden Bears offense. Cal ran the ball 13 times for 76 yards in those two drives and were up 14-0 on Nevada early in the game.

Then, the Wolf Pack tightened up on defense and put the clamps on Cal’s offense. Nevada forced four three and outs after that second Cal offensive drive and limited Cal to only three points for the rest of the game.

Nevada got great contributions from JoJuan Clairbon (10 tacks vs Cal) Sam Hammond and Isaiah Essissima. Essissima, the Wake Forest transfer, picked off a Chase Garbers pass late in the fourth quarter to secure the Nevada win.

The Wolf Pack defense could be in for another big game this week against Idaho State on Saturday,

Don’t Get Caught Looking Ahead To Kansas State

It is very easy for a talented team like Nevada to look past Idaho State and look towards their game next week against Kansas State (or in two weeks when they face Boise State.) But the Wolf Pack must stay focus and play great football against the Bengals on Saturday night.

Carson Strong needs to build on his good performance last week, the offensive line must provide better protection for Strong (Cal’s defense had 11 pressures on Strong last week) and the skills players must also play stellar as well. On defense the Wolf Pack must also play great and clamp down the Bengals offense.

All in all the Wolf Pack must not lose focus and play their best against Idaho State and not look ahead to next week against Kansas State.

This week, Nevada’s opponent Idaho State is nothing like Cal. The Bengals are not a very good FCS team as they lost to North Dakota last week by 21 points. In the last five seasons the Bengals are 15-26 and have not been competitive in the FCS division. The Wolf Pack are not the same team that lost to Idaho State at home back in 2017 in Jay Norvell’s first season as head coach.

Nevada should be able to handle the Bengals and improve their record to 2-0 this season. Here is hoping that the air quality in Reno is good for there to be a game on Saturday. 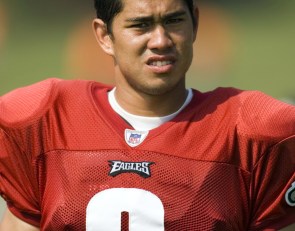 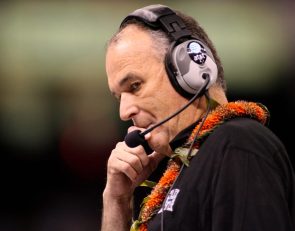