Ben Affleck has three Golden Globes and two Academy Awards for his work in the film industry. And now he will be endorsing a new sports betting app from Wynn Resorts in a marketing campaign worth around $100 million, highlighting how much money providers are willing to spend to get their mobile sports betting app noticed. The app is being made off the back of a boom in online casino gambling and is seen as a way for sports bookmakers to “catch up”.

Ben Affleck will both direct and star in the TV adverts responsible for promoting the app, also featuring Shaquille O’Neal from basketball’s hall of fame and Jennifer Lopez’s mom, who he was recently seen with at a casino. The company are set to be a part of the National Football League approved betting partners, which could become a lucrative deal for Wynn.

Celebrities have been a part of endorsements and marketing campaigns for gambling outfits worldwide unless advertising restrictions prevent them from doing so. Soccer’s Lionel Messi fronted gambling adverts for Hard Rock International recently, and Mike Tyson and jockey Frankie Dettori endorsed international bookmakers. The latter was part of long-standing Ladbrokes’ campaigns, owned by Entain, who also owns one of the largest online casinos in Canada, PartyCasino.

Interestingly, the UK has now banned using notable celebrities from appearing in gambling marketing materials. But in other corners of the globe, celebrity endorsements of gambling are rife.

Ben Affleck may be seen as a controversial choice as the face of a new gambling mobile app, considering his unfortunate past with the casino scene and possible relapse.

He has never hidden his affection for gambling and even proved his skills by qualifying for the World Poker Tour in 2004. Since then, however, Affleck has sought help for gambling addiction through a friendship with Charlie Sheen, and he was involved in a Las Vegas casino scandal.

After playing blackjack for hours at the Hard Rock Casino, security confronted Affleck and accused him of counting cards. Although not strictly illegal, it is frowned upon and can result in a lifetime ban from the casino – which is reported to be the case.

With such significant sums of money being used to market sports gambling apps, it makes you question how much money these businesses are making. There has been a recent boom in online gambling. During the worldwide events of the past 18 months, many sporting events have been cancelled, leaving only casino gaming as an available way to enjoy gambling. This opened the door to new markets and created an online gambling boom

It’s now time for sports bookmakers to play catchup with online casinos, and using apps is one of the most effective ways of doing so 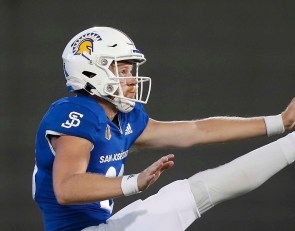