You know the name, you’ve heard about him; Tiger Woods is the guy you’ll greatly recognize and the first thing that you’ll associate when it comes to golf. He became the man who created a buzz in golfing, and PGA (Professional Golfers’ Association) tours have been a popular tournament anticipated by many.

But how did a mere young man rise to stardom and become one of the legendary players of PGA? Let’s take a look at the life of Tiger Woods and what he did over the years, from his days as an amateur player to a superstar.

Woods was introduced to golf thanks to his father, a military member, Earl Woods, which granted him the privilege to play in the Navy golf courses. This opportunity granted the young Woods to play on a golf course and hold his club very young. Woods started golf before he reached two years old and was then called a child prodigy.

That was just the starting mark of how the life of the young Woods will turn. At age three, he started playing golf and shot 48 over nine holes at the Navy course. He was then featured in a Golf Digest, a monthly generalist golf magazine publication in 1980.

Right after that, there was a series of success, winnings, and multiple tournaments and championships, the young Woods able to conquer. Check FanDuel for the more details of Woods’ success at a young age and how many tournaments he dominated.

But even with all the success at a young age, the young Woods suffered from stuttering and tried hard to overcome it. It was late in his adolescent age that he recovered and finally put a stop to his stuttering.

It was expected that Woods would be flooded with a lot of college admission invitations since he has been known to be a potential professional golf player. But among all college invitations, he chose Stanford University. Right off the bat, Woods played his first collegiate event and won the 40th Annual William H. Tucker Invitational. After a year, Woods defended his U.S. Amateur title and was granted multiple recognitions, including the prestigious award of being Stanford’s Male Freshman of the Year.

His College years were the striking gold moment for Woods, and it was the year he started swinging his club and played the PGA tour. He was 19 years old at that time, but he already tied for 41st and was the only amateur to make the cut. Two years later, he won the championships, and it was the 1997 Masters Tournament. Woods won the championship by a record 12 strokes in Augusta, Georgia.

The 1997 Masters Tournament was just the beginning of Woods conquering and dominating the PGA Tours. Series of success stories filled the PGA Tours as the golf prodigy came into play. After winning the Masters, Woods was being recognized as the tournament’s youngest-ever winner and the very first African-American winner.

But Woods was restless; he then continued to play and won three consecutive PGA Tours that year. And during his 42nd week as a professional, he rose to be number one in the Official World Golf Ranking. Woods was the fastest-ever ascent to world No. 1.

And because of this major success in sports entertainment, the audience is tuning in just because Woods was playing. The 1997 Masters, where Woods won the championship, was known to be the highest-rated golf telecast in history. And the moment Woods was sidelined due to an injury, the TV ratings for golf dropped by 47 percent. That just means sports fans watch golf just because Woods was in it.

Well, that’s arguably as Woods rose to be a famous and widely known golf superstar in no time. But just like any other superstar player, some years are good, and some are bad. Even at his prodigy level, Woods experienced a winless year, ten winless tournaments to be exact. But that was just downtime for Woods because, after that year, he won nine events, including the British Open and the PGA Championship. It was then his 13th championship title.

His professional career continued for the following year, winning his third U.S. Open title completing his third career Grand Slam. The match was only then confronted by Jack Nicklaus himself. His brilliant career goes for years, and the series of brand endorsements, acknowledgments, and recognitions showered Woods. He was well-known to be a decorated golf player and remained to be a golf prodigy.

Tiger Woods started at a young age, swinging his club with his father — no golf lessons, no other golfing tech. Then, a striking moment came down for Woods.. that, a child golf prodigy has grown up and is now dominating major golf championships. Years later, Woods has been the PGA Player of the Year a record eleven times, and he became the PGA Tour Player of the Year a record eleven times. He tied with Sam Snead at 82, who won 82 official PGA Tour events. There will be no extraordinary player like Tiger Woods, and he will always be a household name in the golfing industry. 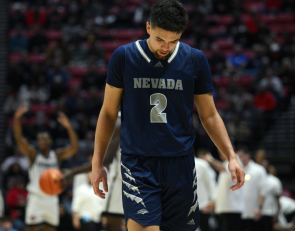