Make it official, the Aztecs return to March Madness by locking up the MW Conference tournament championship.

This time last year the Aztecs were on the verge of something great.

Future NBA draft pick Malachi Flynn was going off every night and projected towards a 2-seed in the NCAA Tournament. Utah State had got the best of them in a 3-day stretch, and Sam Merrill sealed an automatic bid with a game-clinching 3-pointer.

This year Utah State earned itself in the bubble conversation after sweeping San Diego State in Logan, UT. San Diego State knew the sting of losing two-straight games, something that doesn’t happen often to the program, and have gone a 13-game winning streak going into Saturday’s Championship game. Plus the Aggies and Aztecs have matched up three straight years, with Utah State edging them out the previous two.

Tonight’s victory to earn their official bid to Indianapolis was special.

The last time San Diego State won both a regular-season championship and win a conference tournament was in 2011 where a different set of Aztecs lost twice to a Utah-based university in the regular season but overcame their opponent in the title game.

There was more on the line for Utah State than San Diego State this time around. San Diego State looks to be in with a solid non-conference schedule and their rankings in the NET and KenPom. While Utah State has been projected as a bubble team in bracketology circles.

The best teams in the Mountain West faced off in a defensive prizefight, neither team shooting the ball lights out. Utah State went under 38% from the field while SDSU went under 45%. Utah State defended the perimeter really well and forced SDSU to make contested, connecting only on two 3-pointers throughout the game.

The difference for the team from San Diego: turnovers. San Diego State created them and taking advantage of poor Utah State decisions. The Aztecs came away with 10 steals to Aggies’ 2. The turnover margin was seven, with Utah State committing 16 turnovers the Aztecs turned into 14 points.

The Aztecs were playing with a vengence tonight. They knew they had the better shot at the Aggies, and this was their moment to prove to themselves that they were the top dog. Now Neemias Queta wasn’t beating them tonight, despite going 18 points and 2 boards shy of a double-double.

What’s next for these Aztecs is a hotel room in Indianapolis where they figure out whom they play next week and what path is laid out for them. 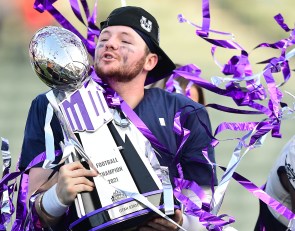 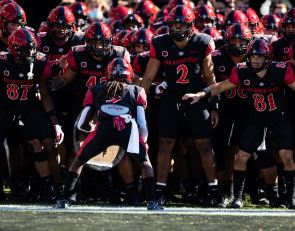 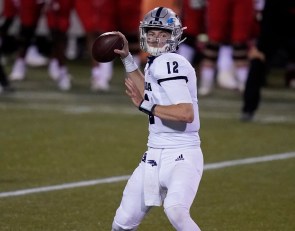 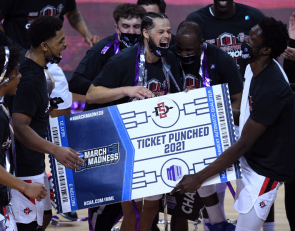 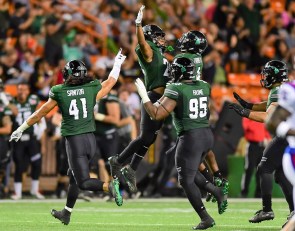