The newest AP rankings were released and San Diego State stayed right where they were before.

Numer 19 for the Aztecs

It’s Monday, and that means the newest release of the Associated Press Top 25 rankings for college hoops. With one week left before the NCAA Tournament kicks off for the first time in two years (fingers crossed), there were some surprises in the newest set of rankings.

Florida State, Oklahoma (twice), and Creighton all lost this past week and it seemed that the Aztecs of San Diego State were going to move up.

Think again. Unfortunately, they stand pat at number 19, and they got jumped by Loyola Chicago after the Ramblers defeated Drake to win the Missouri Valley Conference title.

In a huge oversight, one voter even cast a vote for the University of San Diego, in what most certainly should have been a vote for San Diego State.

Apparently one voter is a believer in San Diego State, but doesn’t quite know the difference between SDSU and USD. 😅 pic.twitter.com/FdqJIEgSw8

After all, USD is 3-11 on the year and second to last in the West Coast Conference. To be honest, that should bring into question some of the credibility from the voters if they can’t distinguish USD from SDSU.

Seriously, USD?! It just doesn’t make sense and you can’t make this stuff up. The good news for the Aztecs is that BYU is the highest in receiving votes and will make that early-season loss look better on the Aztecs’ resume.

Sure, the Aztecs just beat UNLV in a makeup game, but with the teams losing ahead of them, Coach Dutcher’s team probably deserved to move up at least one or two spots.

Here are the full rankings for the new AP Top 25.

As it turns out, with the Mountain West Conference tournament slated to kick off this week, the Aztecs can only go up with a couple of wins against some combination of Boise State, Utah, State, Colorado State, and Nevada.

While Dutcher says they don’t pay much attention to the Top 25 rankings, the fact they were overlooked again might ignite some extra fire into a team that’s already rattled off 12 straight victories.

They are 20-4 and have gained the top seed in the MWC tourney in Las Vegas this coming week. They will kick things off with the winner of Wyoming and San Jose State.

The Aztecs will hopefully, certainly, possibly make their way back up the Top 25 rankings with a couple of wins in Las Vegas. Either way, they are an NCAA Tournament lock and are looking forward to their time in the tournament, regardless of where the Selection Committee places them. 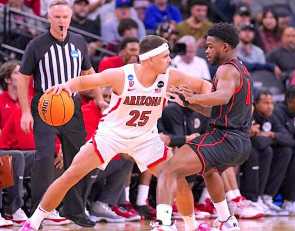 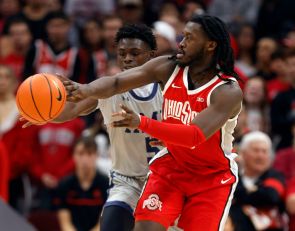