When the 2020-2021 NBA season got underway in December, there were a record seventeen players from Canada on the opening-night rosters. Here is a look at five of the best Canadian players currently playing in the NBA.

Brampton-born Tristan Thompson’s finest moment came when he helped the Cleveland Cavaliers win the NBA championship in 2016. He currently plays for the Boston Celtics, having signed to the team in 2020. Celtics fans are waiting to see what Thompson can bring to the table, but judging by his past performances, fans are betting he will do great things this season. Thompson has also played for the national Canada team.

Born in Mississauga, Ontario, Dillon Brooks currently plays for the Memphis Grizzlies. He began playing college basketball with the Oregon Ducks, where he earned conference player of the year honors in the 2017 Pac-12. Brooks also played for the national Canadian national in 2015 at the Pan American Games, where he helped the team to win the silver medal.

Andrew Wiggins’ career has been up and down like a yoyo, but there is no stopping him when he plays at his best. The Toronto-born player began college basketball with the Kansas Jayhawks before being drafted with the overall first pick by the Cleveland Cavaliers in the 2014 NBA draft, making him only the second Canadian to be taken number one overall.

He was traded to the Minnesota Timberwolves before his first season, where he stayed for five and a half seasons before transferring to the Golden State Warriors in 2020. It looks like his tenure with the Warriors could revitalize this Canadian’s career, but only time will tell whether he can reclaim his former glory. Wiggins also plays for the national Canadian team.

Jamal Murray made history when he signed an extended contract with the Denver Nuggets in 2020 for a whopping $170 million. Over his four seasons in the NBA, he has blossomed into one of the best players around. Murray was born in Kitchener, Ontario.

He began his college career with the Kentucky Wildcats, and in his freshman year, Murray featured on the John R. Wooden Award’s Midseason Top 25 list. In his debut college season, Murray appeared in 36 games, averaging 20.0 points, 5.2 rebounds, and 2.2 assists. Jamal Murray also plays for the Canadian national team.

Toronto-born Shai Gilgeous-Alexander has seamlessly adjusted to Oklahoma City Thunder since he was drafted to the team in 2019. He is now spearheading the surprise team of the current season on their way to the playoffs, and nobody doubts that Gilgeous-Alexander will become a future All-Star. He began playing college basketball for the Kentucky Wildcats and was selected in the 2018 first-round NBA draft by the Charlotte Hornets before being traded to the Los Angeles Clippers on the same night.

Gilgeous-Alexander was then traded to his current team of Oklahoma, where he has already put in some outstanding performances. He debuted for Oklahoma City Thunder in October 2019 against the Dallas Mavericks, where he recorded 24 points, 4 rebounds, and 1 assist to help his team beat the Mavericks 119-104.

In a game against the Los Angeles Clippers on December 22, 2019, Gilgeous-Alexander scored a career-high with 32 points, 5 assists, 3 rebounds, and 2 steals. And on January 13, 2020, in a game against the Minnesota Timberwolves, he recorded his first NBA triple with 20 points, 10 assists, and 20 rebounds. He became the second player after Russell Westbrook to record a 20-20 stat-line in thirty years and was the youngest player to ever achieve that feat. 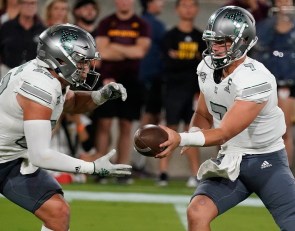 Some of the best Athletes In Canadian History