Anthony Mathis was selected as the 31st overall selection in the 2021 G League Draft.

Former New Mexico Lobo Anthony Mathis is now a professional basketball player, but it hasn’t really hit him yet.

Mathis signed his first professional contract last summer with Charilaos Trikoupis in Greece. Earlier this year, he was in his home in West Linn, Oregon when he got woken up by a call from his agent. Mathis found out he had been selected by the Austin Spurs as the 31st overall selection in the 2021 G League Draft.

The 24 year old was excited. Not only did it mean he was one step closer to playing in the NBA, but also that he would travel to the well known Orlando Bubble in Disney World.

Mathis said he didn’t know much about the bubble other than the stuff he had seen on TV from the last NBA season. He has been there for less than a week, but he said it felt like a whole different world.

“There’s everything you need,” he said. “There are workout rooms, pools, food. It’s like a mini vacation, I guess. Just playing basketball, doing your job.”

Meals were a popular topic when the NBA played in the bubble. Mathis said he likes the food and the fact that you never go hungry because you can take as much food and drinks to your room as you want. His favorite snack is trail mix.

The Spurs arrived last Wednesday and had to quarantine until Sunday. Everyone needed four negative COVID-19 tests to start training camp.

Mathis played for the New Mexico Lobos from 2015–2019. The NCAA granted him an additional season of eligibility and he used it as a graduate transfer with the Oregon ducks. Through his college career, Mathis was known as a three-point specialist.

Anthony Mathis hits a three-pointer (his first points of the day) and the Lobos take a 52-44 lead pic.twitter.com/cryc1v8BhA

Mathis said he’ll continue working as a shooter, but that he is also going to try to become stronger and put on some weight while learning as much as he can from this new experience. He said it seems like the NBA has a lot more pick and rolls and a lot more one-on-ones than college basketball.

Being a rookie in the G League, Mathis is ready to accept whatever role he is given, he is just grateful to be around people associated with the NBA and wants to continue picking their brains.

“Some of the best advice is just to play to my strengths,” he said. “Obviously everybody knows I’m a shooter so don’t shy away from that at all. If I have a clean shot, take it with confidence.“

Mathis still thinks about his time as a Lobo, especially how far he has come from his freshman and sophomore years when he averaged less than seven minutes per game. Even though his college career didn’t start in the best way, he remembers his time with New Mexico fondly.

He said he still tells everyone that Lobo fans are “the best fans in college basketball” and misses all the support he got from them. He’ll be representing the cherry and silver again soon, as he plans on joining the New Mexico Alumni roster in the TBT Tournament this summer. Until then, Mathis is going to focus on enjoying his first season in the G League.

“I definitely came a long way. But you know this is just the beginning. I feel like there is so much basketball to be played in my life. I’m going to continue working as hard as I can, and obviously, one day hopefully play in the NBA.”

The Spurs will open their season on Feb. 10 at 11:30 am ET against the Memphis Hustle. The game will be available on ESPN +. 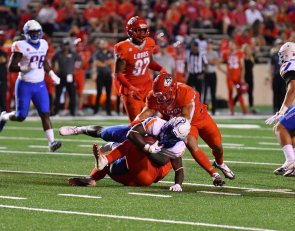 What Did New Mexico Learn In Loss To Boise State? 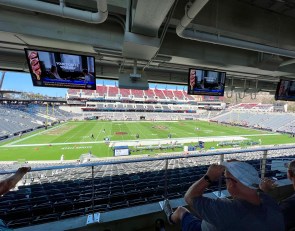 Snapdragon Stadium Review: A GREAT New Home For The Aztecs 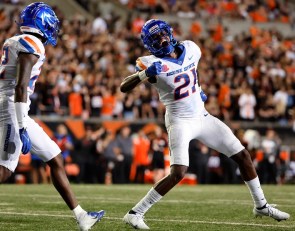 Boise State vs. New Mexico: Keys To A Broncos Win, How To Watch, Odds, Prediction 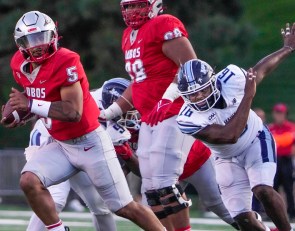