What are the AP voters doing?

San Diego State dropped out of the Top 25 a week ago after losing to BYU. The good news? They only dropped to 26.

The San Diego State Aztecs then pummeled St. Mary’s by 25 no more than a week ago on a neutral floor. They had doubled St. Mary’s points at the half and cruised to an easy victory against a then 1-loss Gaels team.

Surely, that’s all they needed to catapult back into the Top 25, right?

The new Associated Press Top 25 rankings were released this morning and the Aztecs still weren’t included in it.

To make matters worse, they actually DROPPED one spot in the others receiving votes category and currently sit two spots out at 27th.

In hindsight, it’s not a huge deal because the Aztecs can just roll through the conference slate and grab a high seed in the tournament.

It’s more than that. It’s the fact that this continues to happen week after week, year after year. How many times are the Aztecs going to get overlooked?

Jeff Goodman- a highly touted NCAA hoops reporter- had them as high as 14 in the nation after their win against St. Mary’s.

But for some reason unbeknownst to all of us, the Aztecs still aren’t in the Top 25.

There are NINE Big Ten teams in the Top 25, four ACC teams, and five Big 12 teams.

Oregon- whose best win of the year is a 4-loss Seton Hall team- is at 21 in the latest poll.

Please, can somebody explain this?

There were TWENTY-EIGHT voters who left San Diego State completely off the Top 25 and I am so curious to see who they left them off for.

The major conferences always get lots of love, and teams like San Diego State specifically get overlooked every single year.

Coach Brian Dutcher’s and his team were trying to schedule somebody for this upcoming week and kept receiving rejections, and maybe that’s because teams don’t want to play the Aztecs.

The fact of the matter is this- the Aztecs are a Top 25 team. Please explain otherwise if you can. 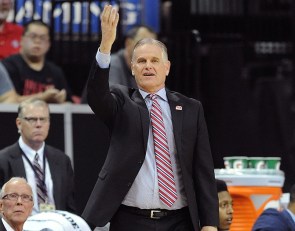 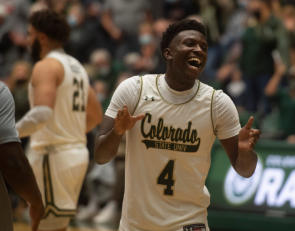 College Basketball Rankings: Little Movement With So Many Postponements

College Basketball Rankings: Colorado State Moves Up Despite Not Playing