Another week in Mountain West play and there are still three undefeated teams in league play in Boise State, San Jose State and Nevada; however, the latter two are undefeated overall.

There were no big upsets this weekend but Wyoming and Air Force were unable to improve their bowl chances after their game was called off due to COVID-19.

The two changes this week in the bowl lineup include adding Fresno State and removing Wyoming in these latest projections.

Boise State Out of Arizona Bowl Due To COVID-19 Issues 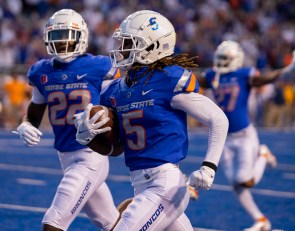