Week 10 football recap had some doozies.

Jeremy and Matt are back to recap the wild Week 10 of Mountain West football which included a coaching fire with Utah State parting ways with Gary Andersen. Plus, we touched on the cancelations of Air Force vs. Army and the comments from Black Knight head coach Jeff Monken. Also, the Falcons game vs. Wyoming is not happening.

Boise State had bad injury luck and was out played against BYU that scored over 50 points. Nevada looks like a contender, San Jose State is close to the mix, Fresno State has a star in Ronnie Rivers, and Hawaii’s passing game looks to be back.

You can find the Mountain West Wire podcast below or subscribe to the show via Anchor, Stitcher Radio, TuneIn, Spotify, iTunes, and more. Listen in, subscribe and rate it and let us know what you think! 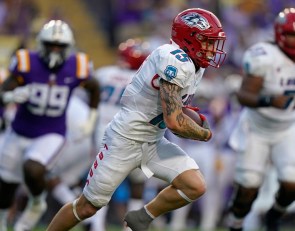