There are different ways to analyze the changes in baseball throughout it’s over a century of professional existence. From the earliest days of the sport to today’s modern game, there have been numerous baseball rule changes and other changes that extend way beyond matters directly related to the sport. For example, baseball has grown and transformed as much as the US has during the major league baseball existence.

To understand the significant changes in baseball, it’s important to analyze how it began. At first, it was an amateur sport with a somewhat loose organization of rules. As Time passed, baseball became a more sophisticated and engaging game. The league began in 1876, and the rules had already been adapted for the previous two decades. So, there was an urgent need to modify the rule and improve the sport.

During the first one and a half ticket for existence, the league successfully brought the base-on-balls rules from nine pitches to four non-strike pitches. This convention is still in use today, along with other rules about ball construction, the size of the batter box, statistics, under the different materials used for bases.

The explosion of Latin American talent in Major League Baseball can be explained in numerous ways. But this story is best told through people. In the baseball world, there are very few people who successfully influenced the sport like Jackie Robinson. He broke the color barrier in 1947 and became the first black MLB player. He not only sparked a significant evolution for African-American players but for every player of color.

Light-skinned and Latin American players had previously been allowed in their Major League Baseball. However, segregation regulations meant that the numbers were very low, and those who made it into the league did not last long. Jackie Robinson rewrote history and opened the doors to Major League Baseball for all talented Latin American players. While the initial uptake was low, they were really starting to make a map by the mid-1950s.

Chico Carrasquel became the very first Latin born MLB player in 1951 to start an All-Star Game. Half a decade later, Luis Aparicio became the first player to be nominated Rookie of the year. Most Latin American players continued to excel in the baseball sport during the 1960s. For example, Zoilo Versalles was nominated AL MVP, and his colleague Mike Cueller won the famous CY Young Award. Roberto Clemente was the first Latin American to be inducted into the legendary hall of fame in 1973.

So, why the Latin American boom?

If you have been keen on the numbers of MLB players coming from Latin American countries, you must have realized that these players have spearheaded the rise of international talent in Major League Baseball. These trailblazers of African Americans and Latin Americans were crucial in laying the foundation for the overseas boom in baseball you are witnessing today.

Their success has encouraged the American public to embrace players from overseas and probably forced the executives to start perceiving overseas talent as crucial to the existence and success of MLB. Besides, major league baseball academies have been popping up all over Latin America, with 30 teams having now established top talent farms across the region.

The future of Major League Baseball

The number of Latin Americans and other overseas players in Major League Baseball continues to increase. This implies that the future of MLB appears increasingly international. Generally, the conveyor belt of talent from Latin American nations fueled by the increasing number of MLB academies shows no sign of slowing down.

Additionally, there are thousands of young African-American prospects playing in minor baseball games every year, hoping to get a chance to make it to the MLB. Of course, not all prospects usually make it to MLB, but those who have made it in recent years like Juan Soto, Ronald Acuna Jr, and others have become the biggest stars in baseball.

Their success continues to drum up increased interest in Major League Baseball among many Latin Americans. Thus, more African Americans and other players from various regions around the world will continue to appear in the MLB. 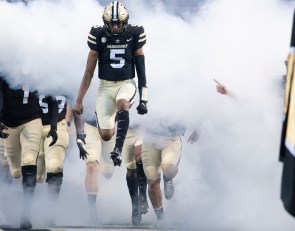