Unlike the Chargers who left SDCCU and moved to Dignity Health Sports Park temporarily, the Aztecs will return to San Diego in 2022.

Carson is just 13 miles south of downtown L.A., so San Diego residents will have to trek through two counties over 110 miles to attend home games.

Far as it may be, it is a great venue. Host to many professional football events the past several years Dignity Health Sports Center was where the NFL’s Chargers called home in 2017-2019. The XFL’s Wildcats made their debut there this Spring. The venue also played host to the NFLPA Collegiate Bowl from 2012 through 2017, and is the current home of the LA Galaxy.

Playing away from SDCCU allows SDSU to expedite work and continue progress on a new stadium, which will be the future home of Aztec Football in Mission Valley. The new stadium is scheduled to open in Fall 2022.

“Once the sale of the site was finalized with the city and we knew we could play football in Aztec Stadium in fall 2022, based on all the information we had gathered, it became clear the existing stadium had to come down in the first quarter of 2021,” said San Diego State Athletic Director John David Wicker.

SDCCU Stadium will be replaced by a new stadium as part of the SDSU Mission Valley project. In addition to a 35,000-seat state-of-the-art multipurpose stadium for SDSU football, the project also includes a vibrant, mixed-use development that is transit-oriented, and will expand the university’s research, entrepreneurial, and technology transfer programs. 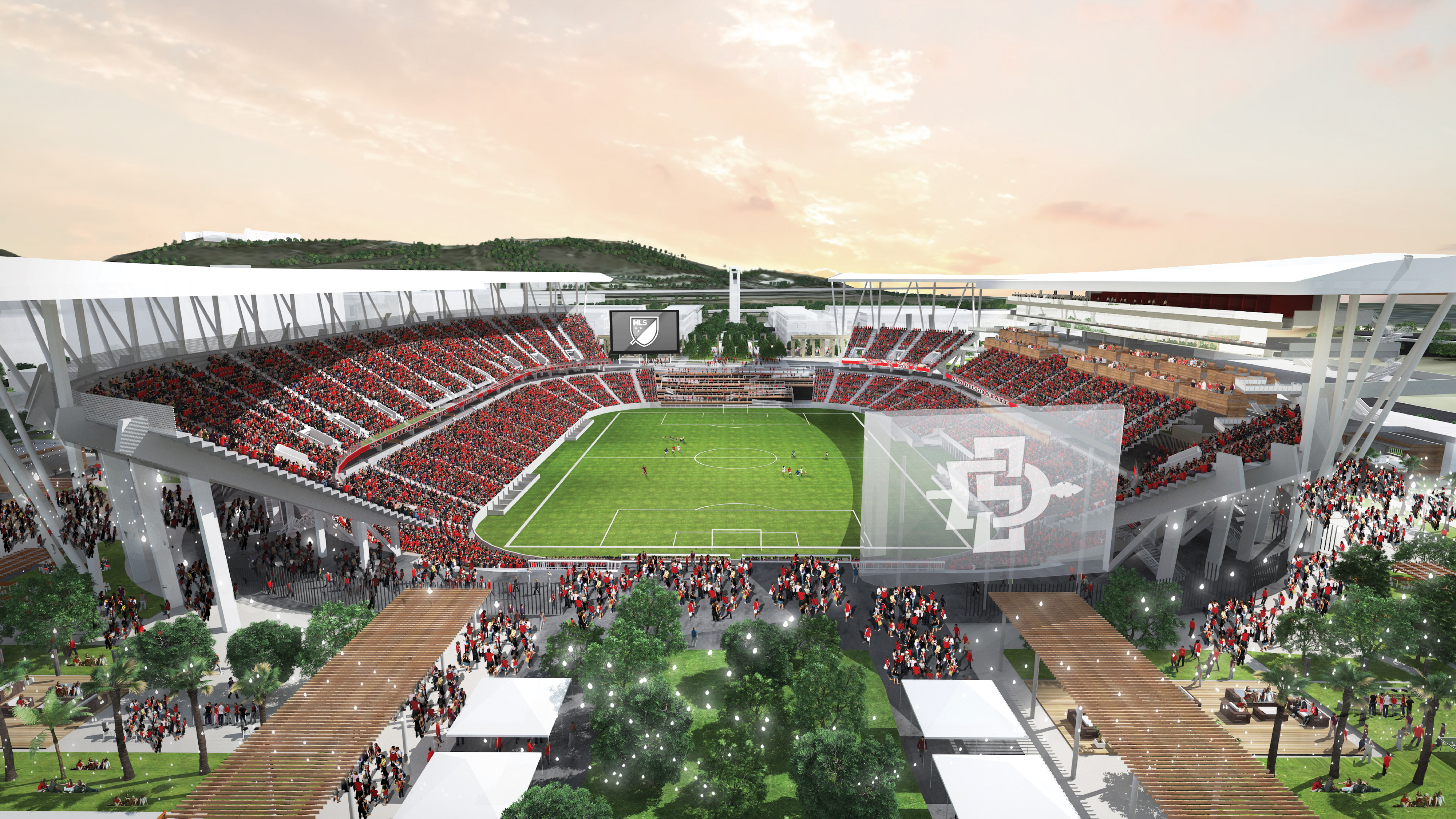 SDSU Mission Valley will also include transit, retail, housing, and the development of more than 80 acres of community parks and open space, including the 34-acre River Park.

The decision to not hold events in and eventually deconstruct SDCCU Stadium earlier than originally anticipated will benefit the timeline for the entire project to move ahead more quickly.

“This is not a decision we made lightly,” said Tom McCarron, Senior Vice President, SDSU Mission Valley Development. “Getting the site ready for future development is critical for SDSU to realize the vision we have shared with the community over the past many years. The accelerated development timeline not only keeps the stadium on schedule, but also the River Park and development pads for the residential housing and Innovation District.”