How Cryptocurrency and Blockchain Tech Are Changing Sport for the Better

How Cryptocurrency and Blockchain Tech Are Changing Sport for the Better

Title: How Cryptocurrency and Blockchain Tech Are Changing Sport for the Better

When Bitcoin first burst on the scene it seemed that very few people had a clue what it even was, let alone how to trade it, and don’t forget to look into Crypto storage options.

Fast forward a few years and now seemingly everyone is dipping their toe in the crypto pond, deliberating how to navigate the wild ebbs and flows of a myriad array of crypto currencies.

However, among all the trading madness there are companies who have been exploring how they might harness the power of crypto currencies as well as the blockchain technology behind it.

Here is how sports franchises and organizations are getting in on the crypto craze, as well as how the technology involved might shape the sporting world in the future.

Democratizing How Teams Are Run

One of the key elements to blockchain technology is how democratic and decentralized it is. Changes to the system are only permitted if those changes are agreed upon by the majority of the online collective.

With this in mind, there are some professional sports clubs who are using the technology to ask fans how they wish their club to be run, with the club in question gaining some much needed funding in the process.

Such was the case with Italian soccer team Juventus, who offered its very own digital coin to supporters for the sum of around $2. Once the proud owner of said coin, supporters had the ability to vote on matters as wide ranging as transfer policy to kit design. Such incredible engagement not only enhances the fan experience but brings people even closer to the brands they love.

Imagine the possibility of being able to impact how your favorite college or pro franchise decides to draft players, meaning you’ll have that all important inside track when it comes to how to wager – in cryptocurrency of course!

If used correctly, blockchain could be every sports fan’s new best friend

Allowing Fans to Buy Products as Games Play Out

Another exciting advancement which blockchain technology allows is in-game purchases. This concept first reared its head in the world of online gaming and esports, where players spend crypto currencies on everything from new avatars to weapons.

This self-same technology could be used to help fans gain access to the stars and teams of Mountain West Football. Want to chat to a player on the bench? Wish to be a fly on the locker room wall during the half-time team talk? Suddenly all these options can be monetized and offered to fans, who will pay for them with cryptocurrency.

Potential to End the Scourge of Ticket Touting

Perhaps one of the most promising applications of blockchain technology in sport will be that it makes ticket touts obsolete. Ticket distribution can be strictly policed by the venue in question, meaning that the face value of a ticket is all that is ever paid.

This would bring an end to fans being ripped off by sites touting tickets and mean that only the most dedicated fans got to be present at important games.

Will it all End in Player Transfer and Trade Fees Being Paid in Crypto?

The holy grail for advocates of cryptocurrency usage in sport is for trades and salaries to be paid using the likes of Bitcoin and Ethereum.

Such trades are already being toyed with. One example is the sponsorship deal struck between speed skater Ted-Jan Bloemen and ONG Social, the latter paying the former exclusively in Bitcoin to promote their services. With sports agents and CFOs becoming savvier as to how cryptocurrencies work, expect more such deals to take place in the future.

The Complex Legacy of Gary Andersen: The Enduring Influence of Coach Andersen 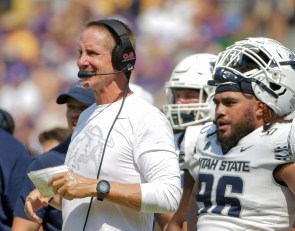 The Complex Legacy of Gary Andersen: The Iliad and Odyssey of Utah State Football 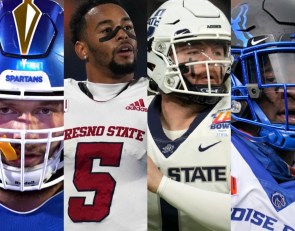