Will a strong pro day entice NFL teams to take a chance on the Cowboys cornerback and his skill set?

A leap onto draft boards could mean big things.

You may have noticed that, in the wake of the coronavirus pandemic, many college football programs were unable to hold their traditional pro days for NFL scouts, depriving many aspiring athletes of the big chance to showcase their skills for a captive audience. A few teams in the Mountain West did get in under the wire, however — Air Force, Colorado State, and Wyoming — and it made Tyler Hall a unique case among the conference’s potential NFL Draft prospects.

After a fine career in Laramie, which included two full seasons as a starter, the Cowboys cornerback turned heads at his pro day like perhaps no one else and thrust himself into the conversation at his position in this year’s draft class. How will NFL teams take stock of what they saw with their own eyes with what they’ve seen in the tape?

Hall played both outside and inside in Craig Bohl’s defense and thrived in both roles, collecting 25 passes defended over the past three seasons. His speed was what really stood out from the pro day — among Dane Brugler‘s top fifty cornerback prospects, only four other athletes ran a sub-4.4 40-yard dash — but he combines that speed with surprising physicality. NFL.com’s Lance Zierlein, for instance, notes that Hall “crowds into [a] receiver’s catch space as quickly as possible” while Brugler adds that he “isn’t afraid… to make receivers uncomfortable”.

Hall can also add value as a special teams contributor because he returned kicks for the Cowboys over the last three years, averaging 33.4 yards on eight returns last fall and 31.7 yards per return over his college career. In an interview with Ed Hunt of NFL Draft Blitz, Hall himself also expressed a belief that he can add value as a gunner on punt coverage, so there may be a higher floor for his overall skill set than appears at first glance.

It may not be a weakness, exactly, but there’s no doubting that Hall is among the smaller corners in this year’s class, so interested NFL teams will need to determine whether he’s able to continue adding that versatility or whether he’s better suited to working out of the slot full-time. To that end, in his conversation with Ed Hunt, Hall acknowledged that the slot might be his best fit at the pro level.

Another potential red flag is that, as 7220 Sports’s Cody Tucker recalled in his wrap-up of Wyoming’s pro day, Hall also suffered a concussion during the 2019 season. While there’s nothing at the moment to suggest a recurring problem, it could become one in the future whether it’s expected or not.

Hall’s ability and willingness to do more than just handle slot corner duties, combined with his high-end speed, probably pushed him into the Day Three conversation. I can see him going as high as the sixth round as a result, but I think a seventh-round selection is most likely. 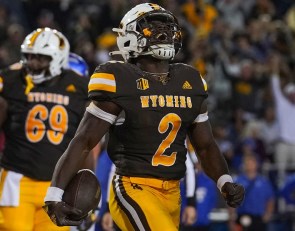 UNLV vs. Utah State: Keys to a Rebels Win, How to Watch, Odds, Prediction 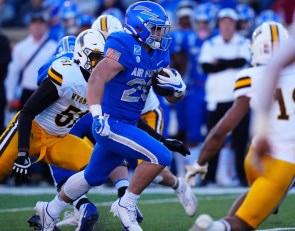 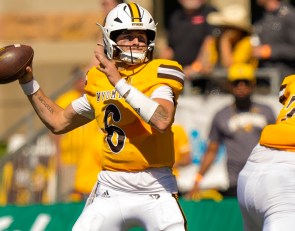