The late games provide a few snoozers — and a shocking nightcap.

SPOKANE, Wash. — Though national interest in this afternoon game wanes, the fans in Spokane are in full voice to support their hometown team. Gonzaga makes easy work of the Terriers, who upset the Patriot League’s best team (Colgate) to get here. But this is as far as BU will get, as six Gonzaga players get into double figures — with Corey Kispert and Drew Timme not among them. The Zags look like a legitimate national title contender, though they face a potentially tough test against LSU in the next round.

SACRAMENTO, Calif. — Though the Red Raiders started to fade down the stretch, something about March Madness must have awoken something in this team. Texas Tech comes out swinging in their first game on the road back to the Final Four, knocking down 14 of 24 three-pointers (58%) and dropping a cool 51 points in the first half alone. Jahmi’us Ramsey leads the charge, but it’s TTU’s balanced scoring that puts the Illini away for good. Illinois showed promise during the 2019-20 season, but were unable to get over the hump into the realm of elite teams. A tough first round draw sees them out of the Big Dance early, as Chris Beard’s squad awaits a likely matchup with San Diego State.

SPOKANE, Wash. — In what could have been a 5-12 matchup for the ages, this one is a bit of a dud. The Lumberjacks made headlines early in the year when they beat Duke at Cameron Indoor Stadium, and became the subject of many bracketology debates about whether they should have been considered for an at-large bid. All of those arguments will be set aside for now, though, as the Southland’s automatic qualifier goes out with a whimper. Butler’s stifling defense helps make up for a somewhat anemic offensive performance. The Bulldogs advance to play Oregon, pitting Kamar Baldwin against Payton Pritchard in what could be one of the tournament’s most electric games.

SACRAMENTO, Calif. — The first round of the West Region began with a classic and it ends with one, too. SDSU’s magical run through the season ends in massive disappointment as the Big Sky champions — led by Jacob Davison and Mason Peatling — pull off what will likely be the upset of the tournament. Malachi Flynn turned in an All-American performance with 31 points, six assists, six steals, and five rebounds. Despite his herculean effort, the Aztecs fell behind early and were unable to complete their signature brand of comeback in the second half. Though Flynn had the hot hand, he was unable to get the ball for any of the most important possessions down the stretch. It was a dream season for San Diego State, but it ends in a nightmare as the Eagles move on to face Texas Tech.

That’s it for the first round of the West Region. Keep checking back for more of the Mountain West Wire 2020 NCAA Tournament simulation! 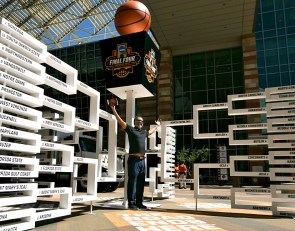 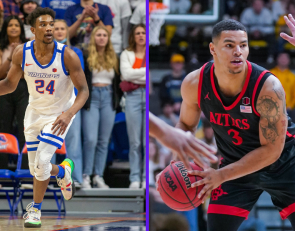 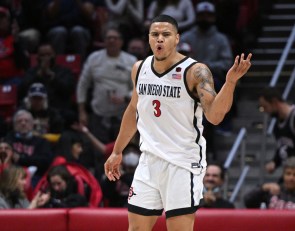 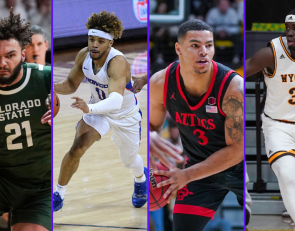