Aztecs are still a top five team even after loss.

The latest college basketball rankings were kind to San Diego State who only dropped one spot to fifth even after losing to UNLV, 66-63, over the weekend.

The initial impression was that the Aztecs would tumble with a quadrant three home loss to a Rebel team that was .500 heading into this game.

However, other top-five teams lost and barely took a hit. Baylor was No. 1 and fell to then-No. 3 Kansas and dropped just one spot, Gonzaga went from second to third after losing to BYU. So, it is a trend by the voters to not drop these high ranked teams too much even in a varying degree of losses.

This bodes well for San Diego State who is still in the mix for a No. 1 seed in the NCAA Tournament. The Aztecs have just two games left before the Mountain West tournament with, they take on Colorado State at home and the finale is on th road to Nevada.

Utah State is riding a five-game winning streak and earning a few votes in the AP top 25 but they are not getting any coaches to vote for them in the USA TODAY poll. 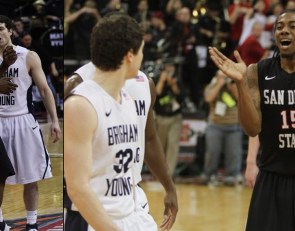 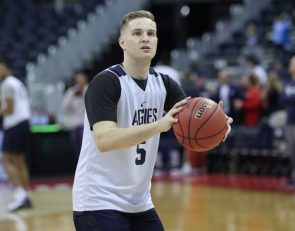 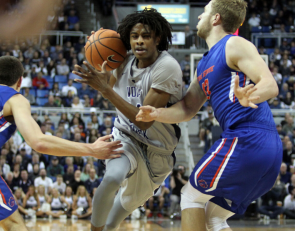 SDSU vs. Colorado Contingency Game: How To Watch And Keys To An Aztecs Win

SDSU vs. Colorado Contingency Game: How To Watch And Keys To An Aztecs Win Buffaloes and Aztecs schedule last minute game (…)

Hawaii vs. Nevada Game Preview: Keys For A Warriors Win How can Hawaii defeat the undefeated Wolf Pack? Contact/Follow (…)

Mountain West Player Of The Year: Ronnie Rivers or Romeo Doubs? Who is the best player so far in MW play? (…)

UNLV vs. Wyoming: Preview, How To Watch, Livestream, Odds Rebels are looking for first win of the year Contact/Follow (…)