Brian Dutcher’s squad is having a very special season and with each additional win SDSU goes go further into uncharted territory.

San Diego, CA- Aztecs men’s basketball has been on a rampage in the Mountain West Conference.  They just clinched their seventh regular season title in the conference’s 21-year history midway through the first half of Tuesday night’s game against New Mexico after Utah State bested Colorado State.

The news inspired the Aztecs, who went on to crush the New Mexico Lobos for the second time in two weeks with a statement second half performance, as NBA basketball legend Bill Walton looked on from the sidelines.

Mountain West Commissioner Craig Thompson was in Viejas Arena, reportedly very alert, to present the trophy in a post-game ceremony in the arena declaring “The rich tradition of San Diego State basketball continues tonight. You look up at all the banners, but THIS team is special.”

“History is set from here on out. Twenty-five consecutive wins …”

His words were short and sweet.

25-0 has never occurred at San Diego State, and it has never before occurred in the Mountain West Conference’s 21 years.  We are all in uncharted territory, and there’s a good chance there is more excitement to come.

The 82-59 win pushed the Aztecs to 14-0 in the Mountain West, giving them a five-game lead over four teams with five losses each.

Craig Thompson handed Coach Brian Dutcher his trophy, and next came the tree-trimming ceremony as Dutcher made his way up to cut down the net.  President Adela de la Torre participated in the ceremony along with each member of the undefeated Aztecs team.

There was confetti, pomp and pageantry abound.

Matt Mitchell led the Aztecs with 22 points and 12 rebounds, and in addition to the excitement, he became the 34th player in school history to reach 1,000 points for his career. That included a wicked tomahawk dunk that has probably given Lobo Keith McGee the wrong kind of coverage.

Mitchell said, “I honestly didn’t know there was somebody under the rim until the I took off. But at that point, it was too bad for him. He was under the rim, so he got dunked on.”  Indeed McGee did.

Yanni Wetzell lit it up with 20 points on 7-of-9 shooting to go with nine rebounds, four on the offensive boards. He was one board shy of a double double.

Malachi Flynn chpped in “a mere 15 points” after bricking eight of his first nine shots, along with eight rebounds, three assists and four steals.  Even on an off night, Flynn excels.

New Mexico’s (17-9, 6-7) Vante Hendrix made a career high 20 points. Vance Jackson went scoreless for most of the game and finished with six. The Lobos shot 35.4 percent overall, and just 26.5 in the second half.

Brian Dutcher had this to say after the game: “I told them in the locker room: ‘Now we have to get greedy. We have to try to win them all. Four really hard games to go, but now that we have the title, we have to have another goal.”

“And that’s a perfect season.”

The Aztecs play again on Sunday afternoon at Boise State, followed  by home games against UNLV and Colorado State, and then a regular season final game at Nevada. 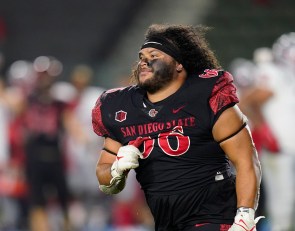 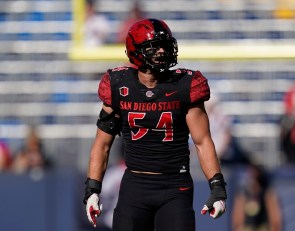 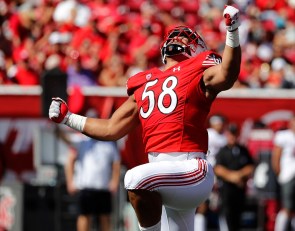