We learn more about the Wyoming Cowboys’ bowl opponent, the Georgia State Panthers, with Scott Watkins of Forgotten5.

A quietly even bowl game.

College football’s bowl season is nearing its January stretch run and the Mountain West’s seven-game slate heads into its penultimate game when the Wyoming Cowboys and Georgia State Panthers face off in the NOVA Home Loans Arizona Bowl on Tuesday, December 31.

Amid the buzz of the College Football Playoff, you might be tempted to overlook this matchup. The Arizona Bowl has always tended to be a fun one, however, and both teams have shown a propensity to surprise this fall.

To learn more about the Panthers, we reached out to Scott Watkins of Forgotten5.

Mountain West Wire: One of the year’s biggest stories was Georgia State going to Neyland Stadium and defeating Tennessee back in Week 1, but can you describe the Panthers’ overall season after that?

Scott Watkins: Georgia State’s season was a long, winding road that was ultimately a success, though I don’t think the team will tell you that. Following the program-defining win over Tennessee, the Panthers quickly hit a crossroad after getting pummeled by Western Michigan and taking an overtime loss to Texas State.

They responded by rattling off four straight wins that included victories over Arkansas State and Army. Act III of the year began in Monroe with trap-game loss against the Warhawks. The Panthers would lose three of their last four games.

Most people who put out any prediction on GSU’s season had the Panthers losing a lot more than winning. The offense had some firepower but the defense was still a major work in progress, making GSU a longshot for a bowl game coming off a 2-10 season.

Yet, here they are. Bowling in Arizona.

MWwire: The Panthers definitely look like a team led by its offense and no one had a bigger impact than running back Tra Barnett. What strengths does he bring to the GSU backfield?

Watkins: It is very safe to say that Barnett is the best running back in GSU history. The senior broke pretty much every rushing record in the young Panther record book this year. Barnett also needs just under 100 yards in this game to become GSU’s first ever Sun Belt rushing champ.

Barnett has been a dangerous weapon because of his versatility. He’s strong for his size and work his way in between the tackles and has enough breakaway speed to reach the third level before the second level can react.

Most importantly, though, Barnett is consistent. Elliott has used anywhere from one to three different backs and Barnett is always heavily involved and producing at a high level. The back has averaged at least five yards per carry in nine games this season, including three games above 6.5 yards a carry.

MWwire: It certainly seems like the effectiveness of quarterback Dan Ellington has had a huge impact on the team’s fortunes, as well, with a 13% difference in completion rate and a 50-point difference in passer rating between wins and losses. What would you say has generally helped Ellington to perform at his best?

Watkins: The win/loss split is certainly eye-opening, but there is much more relevant split to take note of here: pre and post-injury Ellington. Act III began with perhaps the biggest story of the Panthers’ season. In the first half of the game at Louisiana-Monroe, Ellington left the contest with a leg injury. It was later revealed that he had torn his ACL and would be done for the year.

He’s not done. To everyone’s surprise, Ellington started the next game against Appalachian State. While an admirable effort and the most incredible display of toughness and heart I’ve ever seen in person, the full-powered Ellington just wasn’t there. The offense was limited because Ellington’s dual threat capabilities were non-existent and he lacked zip on his throws toward the sideline. Against the Mountaineers, he completed just 44 percent of his passes and tossed two picks.

In Ellington’s three starts since the injury, he has -5 rushing yards on 21 attempts. Without his running ability, the offense is susceptible to going stagnant. Post-injury Ellington’s Panthers are averaging just 21.7 points per game compared to the 36 points a game before. That’s a fairly large swing.

MWwire: I noticed that every GSU athlete named to the all-Sun Belt postseason three-deep played on offense, which I suspect means there have been some issues on defense. What has been the Panthers’ most persistent issue there and who do you think could have a big bowl game to fix it?

Watkins: Defense, as mentioned, has big a pesky thorn in the Panthers’ side for some time now. The unit bottomed out last year and, while it has shown flashed in 2019, is still a big problem.

It didn’t help that GSU lost its two best players on that side of the ball in linebacker Ed Curney and safety Remy Lazarus during the year, either. The Panthers are giving up 5.3 yards a pop on the ground (9th in SBC) and 8.5 yards an attempt through the air (10th) making it a two-pronged problem that has yet to be solved.

The no-doubt star of the defense now is linebacker Trajan Stephens-McQueen. The only reason he didn’t nab an All-Conference bid is because the Sun Belt is stacked at that position. The junior was one of eight players in the league to reach 100 tackles and added two interceptions, as well.

GSU will need a big performance out of Stephens-McQueen against Wyoming, which he is more than capable of doing. Against Army, Stephens-McQueen recorded 20 tackles and reached double-digit tackles four times this season.

MWwire: The Arizona Bowl has already built a reputation for hotly contested games in its short history. Do you believe this year’s iteration will be more of the same? How do you see the game generally unfolding?

Watkins: Bowl games are extremely difficult to predict and this one is no different. On paper, one would assume Wyoming has a clear edge with the phenomenal defense the Cowboys have been playing lined against a struggling Panther offense. I expect Elliott to come out with a few wrinkles to try and jump start the offense in different spots throughout the game. The biggest key is for the defense to simply keep GSU within striking distance, though. GSU is down, but if I’ve learned one thing about the Panthers this year, it’s that they certainly aren’t out. 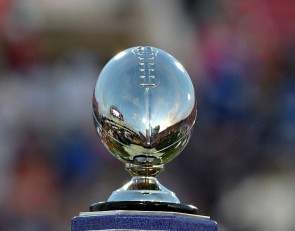 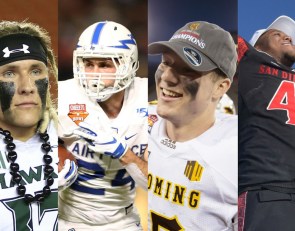 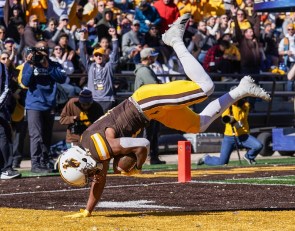 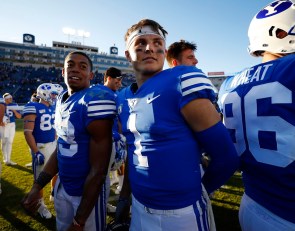 Mountain West Schools Make Own Announcement That Football Is Back

Mountain West Schools Make Own Announcement That Football Is Back Schools head to social media about football. (…)

All 12 Mountain West Football Teams Will Try To Play This Fall Some schools do have some work to do. Contact/Follow (…)

An Air Force vs. Navy Preview Simulating the First Leg of the CiC Trophy Contact/Follow @Sean or @MWCWire Gameplay (…)

Mountain West Will Play Football This Fall With Eight-Game Schedule

Mountain West Will Play Football This Fall There will be Mountain West football after all. Contact/Follow @JeremyMauss (…)

Which Country Gambles the Most in Africa?

Africa is a picturesque continent notorious for its black gold, rich mineral resources, and spectacular wildlife. African folk has always (…)

PODCAST: Is The Mountain West Going To Play Football This Fall?

College Basketball Games that We Can’t Wait to Watch