Wyoming vs. Colorado State: 3 Keys to a Cowboys Victory

Will the Rams ever win the Bronze Boot again? Do they even remember what it is?

According to ancient Colorado State lore, the Rams were once the proud holder of the Bronze Boot. While historians continue to argue the validity of that claim, current Buffalo Bills quarterback and former Wyoming standout Josh Allen chimed in with his thoughts on “Sheep Week”.

Colorado State is well aware of the history they will make if they are able to win the big game at War Memorial Stadium. Rams coach Mike Bobo reminded the team, the citizens of Fort Collins, and all of the communities along the Front Range of how the last three meetings against the Pokes have ended during practice this week.

…the chants can be heard from the student center. pic.twitter.com/lXWcZpl1VX

All jokes aside, a very dangerous and hungry squad will be making their way up from Fort Collins for the game on Friday night. An explosive offense led by QB Patrick O’Brien and WR Warren Jackson combined with a must-win game from their perspective will ensure the Pokes get the best the Rams have to offer.

Three Keys to a Wyoming Win

There is no way around it, this guy is a physical specimen. His “worst” game of the season was 4 rec-53 yards-1 TD against Arkansas. Pro Football Focus has Jackson ranked as the top G5 receiver. Wyoming’s defense gave up a lot through the air last week against Utah State so slowing the Rams passing game could be a challenge. Tyler Hall has been one of the better corners in the Mountain West but he will be at a huge size advantage against the Rams standout. Limiting Jackson’s production will be key in Wyoming keeping the Boot.

Warren Jackson is the highest-graded wide receiver in the Group of 5 this season! pic.twitter.com/jZStlxewNV

The Cowboys offense has looked really bad without a quarterback who can run the ball and Tyler Vander Waal had a tough game last week when he was asked to throw a lot more passes than the Pokes usually attempt. Last week, the Cowboys called some direct snaps to Valladay and attempted to get Austin Conway the ball on the perimeter. The reality is that Wyoming is going to struggle to expose the Rams defense if the plan is to run a knicked up Valladay up the gut for 25 attempts. Whether it’s calling more gimmick formations, more runs for Vander Waal, or inserting Levi Williams, the Cowboys need more out of that position than they have had the last 2 weeks.

Asked if true frosh QB Levi Williams could play Friday, Bohl said all options are on the table.

The Rams have everything on the line in this one. At 4-6, they are still alive for a bowl bid if they can beat Wyoming and Boise State to close the season. While those odds are not great, with the way they have played during the second half of the season, they have shown that they haven’t given up. The seat is red hot for Mike Bobo and he may need wins against the Cowboys and Broncos to keep his job.

Wyoming also has a lot on the line. With a win, the Cowboys eliminate Colorado State, ensure their senior class never takes an L against the Rams, and earn the critical 7th win that should lock them into a bowl game.

Oh, and it’s for the Bronze Boot! 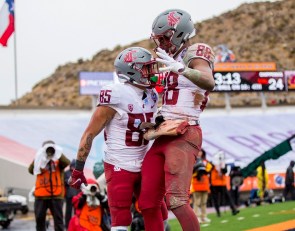 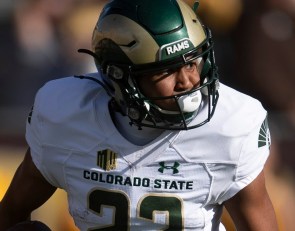