PREVIEW: TJ Otzelberger’s first three games have been a pretty mixed bag, as UNLV sits at 1-2 after Tuesday night’s overtime loss to California. It was the second time in as many games that the Rebels fell in extra time.

But though the results are the same, there were far more positives for UNLV in the Cal game than there were against Kansas State.

For starters, Amauri Hardy didn’t have to do all the scoring. He still ended up with 15 points, but Donnie Tillman and Eli Mitrou-Long both topped him, scoring 17 and 16, respectively.

Tillman’s big game was exactly what UNLV needed. The transfer had a nice debut, but his 16 points against Purdue-Fort Wayne were propped up by a lot of trips to the line. Against the Golden Bears, Tillman was able to score from the field, hitting 5-of-10 from inside the arc and burying his first three-pointer in a Rebels uniform.

Also encouraging is that Tillman played 41 minutes against Cal, compared to a combined 42 minutes against Purdue-Fort Wayne and Kansas State. If UNLV is going to rise above their station, Tillman needs to build off of Tuesday’s performance.

But the Rebels face a difficult task in heading to one of college basketball’s most hallowed halls, Pauley Pavilion.

In their third consecutive game against a Power 5 opponent, UNLV heads to Westwood to take on UCLA and their new head coach, Mick Cronin. The Rebels have never beaten the Bruins in five tries. Their last meeting, a 77-75 thriller, took place in 2015.

This year’s UCLA team comes in with a 2-0 record, but they aren’t without their question marks, either. Their opener was a struggle against Long Beach State. The Bruins eked out a four-point victory over the Beach, but didn’t shoot particularly well.

Sunday’s tilt with UCSB started out looking like it would be another long game for the Bruins, but UCLA took over in the second half. Sophomores Jalen Hill and Jules Bernard both hit the 20-point mark. Hill was dominant inside, finishing with 22 points, ten rebounds, and three blocks.

Prince Ali and Chris Smith both scored in double figures, but shot a combined 4-for-18 from the floor. Freshman Tyger Campbell was held to just two points after scoring 15 against Long Beach State. Campbell did add six assists, proving his worth as a distributor in Mick Cronin’s offense.

UCLA could find themselves in the hunt for a top-half finish and a potential trip to the NCAA Tournament this March, but they will need to start playing the full 40 minutes if they are going to reach their potential.

UNLV needs to contain Hill inside and make the Bruins prove that they can hit the long ball effectively. But if UCLA is making their shots, it’s going to be difficult for the Rebels to hang.

They would also probably prefer to avoid another overtime. 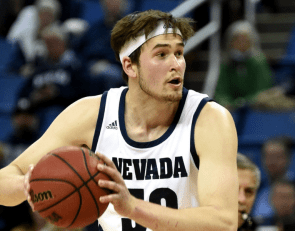 UNLV vs. SMU: Preview, Odds, How To Watch, Prediction 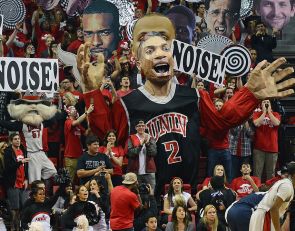