SDSU is 0-3 against for-profit GCU, and the Aztecs will have to dig deep to avoid another embarrassing loss to this perplexing team.

If you were not alive in 1990 you may not know “Thunder Dan” Majerle, GCU’s head coach and Dream Team member emeritus

SERIES RECORD: Aztecs are 0-3 against the ‘Lopes

San Diego, CA-   The Grand Canyon University Antelopes are enigmatic to say the least.  They are in fact the “Mr. Mxyzpltk” of NCAA men’s basketball.  In other words’ they’re like the 5th-dimension menace who even Superman couldn’t defeat until tricking him into saying his name backwards.

GCU is very odd, unpredictable and seemingly unstoppable at times.  The Aztecs have NEVER defeated them.

During 2015, as a sincere gesture, former Aztecs coach and legend Steve Fisher accepted a home-and-home series against a formative team, the Antelopes of the Phoenix, Arizona-based, for-profit Grand Canyon University.

SDSU had nothing to gain and so very much to lose . . .

This gesture was meant to help the fledgling team gain a bit of traction as they faced off against the red hot Aztecs.  The Lopes ended up defeating SDSU 52-45, and their coach called it “the biggest win we’ve ever had.”  They then beat SDSU again the following year in Phoenix.

During those two years, so severe was the tarnish that the Aztecs did not make the NCAA Tournament.  In 2015, they failed to make the Tourney even with a 28-10 record.  Call it a snub- the Lopes were a huge part of it.

So, what makes the Lopes so hard to beat?  Above all else they have a ferociously competitive coach: the one and only “Thunder Dan” Majerle.  Yes, that Dan Majerle.  Among his many NBA accomplishments, Majerle was a part of the historically elite USA Olympic Dream Team.

Maybe, just maybe, Coach Brian Dutcher is looking to accept a strong challenge and put an end to a menacing series that has proven detrimental to the Aztecs’ legacy of NCAA success.

Either way, the Lopes will try to channel past momentum, while the Aztecs will seek to win with authority.  It will be a game worth watching. 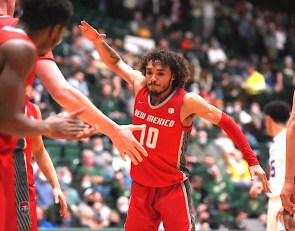 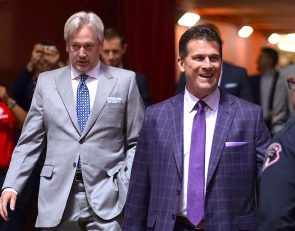 Nevada vs. #23 SDSU: Game Preview, How To Watch, Odds, Prediction