It is a new era for Nevada Wolf Pack basketball as they open the 2019-2020 season at home against the Utah Utes.

STREAM: Get a one-week trial of FuboTV.

PREVIEW:The 2019-2020 college basketball season tips off for the Nevada Wolf Pack on Tuesday night when they host the Utah Utes. The Wolf Pack and the Utes played against each other in Salt Lake City last year and in that contest Nevada defeated Utah 86-71.

This contest between the Wolf Pack and the Utes will be the debut of new Nevada head coach Steve Alford. Alford is looking to continue the success that the Wolf Pack have had recently under previous head coach Eric Musselman. Musselman, who left Nevada to take the Arkansas job, led Nevada to four Mountain West Championships and three trips to the NCAA tournament.

Along with Musselman’s departure, Nevada did lose their entire starting five from last year’s team but they do have some talent returning in Jalen Harris, Jazz Johnson and Lindsey Drew who missed a year and a half due to an ACL injury.

Nevada’s depth is going to be put to the test due to the announcement on Friday that Eric Parrish departed the program. With Parrish no longer on the team, the Wolf Pack are down to only nine scholarship players on the roster. Expect to see Nisre Zouzoua, Zane Meeks, KJ Hymes and Robby Robinson to fill in the minutes that otherwise would have went to Parrish.

The Wolf Pack will take on a Utah team that posted a 17-14 overall record and finished third in the Pac-12 conference with a 11-7 conference record. The Utes are welcoming in talented freshman players such as center Matt Van Komen and guard Rylan Jones to the team this year.

But this season, Utah will be without three of their top four scores from last year and due to this, the Utes will have some inexperience on its roster. The leading scorer with experience returning for Utah is forward Timmy Allen who average 12 points per game last year and shot 57 percent from three last season. Guard Both Gach (7.7 ppg, 2.1 rpg) and forward Riley Battin (6.4 ppg, 3.4rpg) also bring in returning experience for the Utes.

This should be a close contest between Nevada and Utah and a good game for the Wolf Pack to gauge how this program will carry on now that Eric Musselman is no longer patrolling the sidelines at Lawlor Events Center. 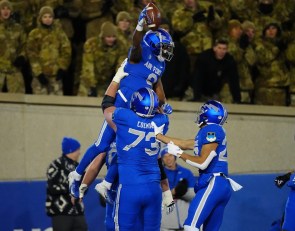 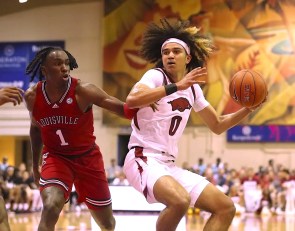