Race To New Year's Six Bowl Game: Memphis vs. SMU Is A Huge Deal This Weekend

Race To New Year's Six Bowl Game: Memphis vs. SMU Is A Huge Deal This Weekend

Race To New Year’s Six Bowl Game: Memphis vs. SMU Is A Huge Deal This Weekend

App State is out of the picture after its loss

SMU is in the driver’s seat.

The College Football Playoff rankings come out on Tuesday and what the Mountain West cares about, or really San Diego State and Boise State, are where the league ranks.

Undefeated Appalachian State was a possible threat for the New Year’s Six bid from the Group of Five but they ended up losing to Georgia Southern to eliminate them from that bid.

There is now only one team undefeated from the G5 ranks and that is SMU which escaped its victory last week against Houston by a score of 34-31. This week it has a big test as it goes to Memphis which is No. 24 in the country. 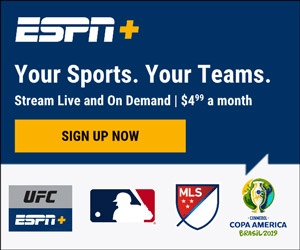 That game is also in primetime on ABC and will host ESPN’s College GameDay, so this is a big deal.

A win for the Mustangs will put them well ahead of both Boise State and Cincinnati, the next two closets teams, but a Tigers win would throw things into minor chaos with no undefeated teams from the G5.

That scenario, assuming the rest win out over the weekend, would have four AAC teams and two Mountain West teams with a single-loss. That also would make for an interesting initial release for the College Football Playoffs.

As a reminder, a conference championship is required to get that bid for the Cotton Bowl. Also, these rankings are not a week to week power ranking of the schools but where they will be if they end up with say one, two, or zero losses.

They snuck past Houston and the next big test is a top 25 matchup at the Liberty Bowl taking on Memphis. A win here puts gives them a big edge as the Tigers would have two losses and basically eliminated from winning the AAC East Division.

Memphis gets a big jump because in part that they are playing well plus they get SMU at home and that win will be one of the best from the Group of Five. Their schedule is backloaded so even if they get past SMU they go to Houston and host Cincinnati. Any other loss the rest of the way basically eliminates them as the Tigers already have a league loss.

This might seem controversial but if Navy can defeat a ranked Notre Dame team and a potentially undefeated SMU team then they are in the mix. The only problem for the Midshipman is that they can win out and still not win its own division as the one league loss comes against Memphis. Navy wants SMU to win this weekend to give the Tigers two losses and set up a showdown against the Mustangs where Navy would own the tie-breaker with each having a loss.

The Bearcats have an easy one this week as they take on East Carolina on the road, in fact, the next three weeks are kind. If Cincinnati is going to shoot up the rankings and overtake their AAC brethren and stay ahead of Boise State, they have a shot by hosting a good Temple team and then go to Memphis to wrap up the season.

This week should be no issue for the Broncos go to the Bay Area to take on a feisty San Jose State team, but the Broncos should walk away. The big challenges are in a few weeks hosting Wyoming and maybe Utah State if the Aggies can get things together. The Broncos are in a position where they need help and also win out.

This all depends on where the loss comes from and how other teams do. A loss to Memphis this weekend would mean they would not own the tie-breaker vs. the Tigers and would need them to lose again. Also, their ranking could take a hit and be behind Boise State, assuming the Broncos win out.

San Diego State is on a bye this week so there is no bad news coming from them, plus they are ranked 25th in the AP poll. All the Aztecs need to focus on is winning out. Their schedule is not particularly strong the rest of the way and they need a lot of help to move up.

What will help them this week is Memphis losing as that would put the Tigers behind the eight-ball in the Group of Five race. If the Aztecs are going to move up and get close it will take these higher-ranked teams falling with a combination of winning as no one is really discussing the Aztecs for a Cotton Bowl berth.