Hawaii’s quarterback exploded onto the national stage last fall and is the top-rated Warrior on our list of the Mountain West’s best.

The run-and-shoot QB who runs and shoots well.

The Hawaii Warriors rebounded from 2017’s disappointments in a big way last fall and no one was more responsible for the surge than quarterback Cole McDonald, who came out firing on all cylinders and checks in at #6 on our countdown of Mountain West football’s top athletes.

After a record-setting debut on the road against Colorado State, McDonald’s command of the run-and-shoot helped Hawaii win six of its first seven games and, eventually, earn a Hawaii Bowl berth. On the season, he led the Mountain West with 3,675 passing yards and 36 passing touchdowns, averaging eight yards per attempt, while adding 580 rushing yards (after adjusting for sacks) and four more scores on the ground. Though he cooled off in the second half of the year, the injury that McDonald reportedly dealt with should be considered a pretty good excuse.

In his second full season at the helm of Nick Rolovich’s aggressive offense, McDonald’s numbers could veer further into video game territory despite the loss of leading receiver John Ursua. Now, there’s no excuse not to stay up way past your bedtime to watch one of the country’s best quarterbacks do his thing. 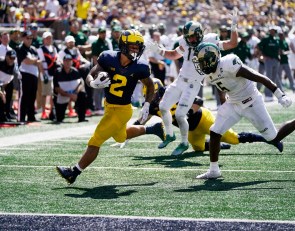 Hawaii vs. Michigan: Game Preview, How To Watch, Odds, Prediction 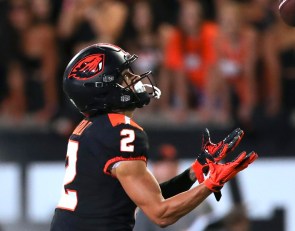 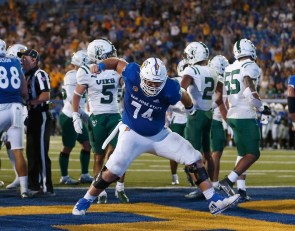