Can New Mexico return to the NCAA Tournament in ’19-20?

I’ll start things off with this:

I’ve never been a fan of the make-or-break sports cliche.

Let me explain why, beginning by sharing the two sides to the make-or-break argument.

First, obviously sports are make-or-break. Employment is determined by wins and losses, thousands of people are aware of your successes and failures right as they happen, and lasting even a handful of years in the same position is almost unheard of in this industry.

Second, are sports actually make-or-break, though? To say that a hiring, firing, win, loss, or any single decision is a byproduct of one dropped pass, one missed shot attempt, or one personal foul is brutally oversimplifying the complication of sports. It’s negligent to believe in that mindset.

So with that, I’ll let you believe what you wish.

Regardless of which side of the fence you’re standing to this point, we can probably agree that the 2019-20 New Mexico men’s basketball season is about as make-or-break as they come.

The reason I’m using this phrase that I’ve come to hate is because of what we know about the Lobo program and its lofty expectations.

New Mexico has fired three head coaches since the turn of the century. Those three – Fran Fraschilla, Ritchie McKay, and Craig Neal – averaged just four years apiece with the UNM program. Fraschilla was out after three tournament misses, McKay was relieved of his duties after reaching the NCAAs once in five years, and Neal was let go having secured a tourney bid in his first year and failing to do so in his next three seasons.

Since 2000, New Mexico has fired both of its head coaches (Fran Fraschilla and Craig Neal) who failed to reach the NCAA Tournament in three consecutive seasons. This isn’t a common occurrence across the college basketball map, though.

Only nine of the 90 high-major head coaches to experience a three-year tournament drought have been fired over the past two decades. Meanwhile, New Mexico is 2-for-2.

This data set only consists of three-year tournament droughts, so, for example, Wyking Jones getting run out of town after two dismal seasons with Cal isn’t included. The data still proves both the rarity of being fired after three tournament misses and New Mexico’s continued expectation of reaching the NCAA Tournament.

Here are some notable figures:

Now it would be pretty reckless to take this study and simply conclude that New Mexico has the toughest firing standards in college basketball. One takeaway we can make from it, though, is that Lobo head coaches who don’t consistently reach the NCAA Tournament are consistently relieved of their duties.

That’s pretty brutal, no matter how you want to approach the fine details of the individual coaching tenures. What it tells me is that the stakes are immensely high for Paul Weir and the Lobos in ’19-20.

New Mexico will enter the year with huge expectations given the undeniable talent on the roster. Last season was supposed to be a breakout opportunity for a program pegged third in the preseason conference poll, but instead Weir’s group dropped 18 games and finished seventh in the two-bid Mountain West.

On paper, New Mexico is talented enough to return to the NCAA Tournament for the first time since 2014. The Lobos should at least be a top three Mountain West club and position itself to compete for the league’s autobid in Vegas come March.

Failure to check either of those boxes would mean falling short of a tournament appearance in each of the first three years of Weir’s UNM tenure. With a program that so heavily weighs NCAA Tournament appearances, swinging and missing three times is a major red flag in Albuquerque. 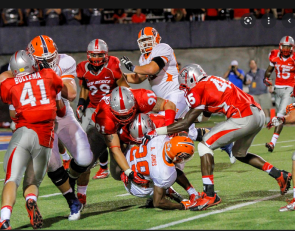