Is there depth at these positions?

There are plenty of options at WR and TE for Utah State, but there are only a handful of known commodities.

Helping fill out the receiving group are sophomore Deven Thompkins, senior Devin Heckstall, and newcomer redshirt freshman Tim Patrick. Thompkins and Heckstall may see some catches just like they did last year, but they’ll need to scrap and fight to earn significant playtime.

Grad transfer Siaosi Mariner comes from Utah and could be an X-factor in this offense. He got 17 catches for 209 yards and a score last season. He has the size and speed to serve as a good replacement for Tarver or Greene. If he can assert himself (and avoid unfortunate bounces of the ball), it’s not out of the question at all he could make his way into a starting spot.

Rounding out the TE group are junior Travis Boman, junior Mosese Manu, junior Logan Lee, grad transfer Caleb Repp, sophomore Ryan Grange, and redshirt freshman Bryce Mortenson. Repp got playtime with the Utes, but mostly on the defensive side of the ball. At this point, its fair game for any of them to back up Terrell.

Both of these position groups are talented enough to make noise for the Aggie offense in 2019. Even though the WR group almost certainly won’t match what they did in 2018, players like Nathan, Scarver, and Terrell can ensure Utah State maintains a potent offense. Mariner might even be able to alleviate concerns left over by Greene and Tarver graduating.

To fully succeed, the stars of these units will need help from the reserves. Most of them are unproven, so the opportunity is abound for the younger players to carve out a meaningful role on the field. If they are able to create chemistry with Jordan Love, it should make for a nonetheless productive season. 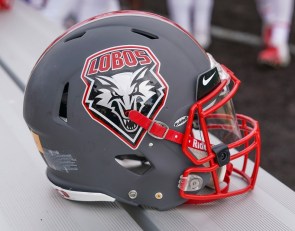 PODCAST: What Is The Ceiling For Mountain West Teams Part 1 How good/bad can the Mountain Divison teams be? (…)