The Falcons have a few chances to pick up solid wins

The stars may be aligning for Air Force to have a successful season. Dave Pilipovich brings back just about 95 percent of the offense from last year’s sixth-place finisher in the Mountain West, including seniors Lavelle Scottie and Ryan Swan. Here’s a peek at the Falcons’ 12 non-conference matchups and how they will shake out.

WIN: The Bengals finished near the bottom of the Big Sky a year ago and top scorer Brandon Boyd transferred out of the program. The Falcons shouldn’t have too much trouble in Game 1.

LOSS: Danny Kaspar’s squad won 24 games a year ago and Nijal Pearson is coming off an All-Sun Belt selection. This one could cause some headaches.

WIN: Matthew Wilson is a nice player for the Black Knights, but Scottie and Swan should still find plenty of room to operate.

LOSS: This will likely be the Falcons’ only Quadrant 1 game in non-conference play. Unfortunately, Desmond Bane is on the other side for the Horned Frogs.

WIN: 7-foot-3 Mattias Markusson creates some obvious matchup problems in the Bahamas, but the Lions will struggle to replace James Batemon’s scoring punch.

WIN: The Sycamores have a dynamic backcourt pairing in Tyreke Key and Jordan Barnes, but they don’t have much size returning, which benefits the Falcons equally-undersized squad.

WIN: Last year’s third-place SWAC team loses two of its top three scorers. This should be the easiest D1 game on the slate for Air Force.

WIN: Rodney Billups’ Pioneers were a mess last season. This in-state matchup is a great chance to pick up a road win.

WIN: The only non-Division I game in the Falcons’ non-conference slate. It won’t help their NET ranking, but it should be a confidence builder anyway.

WIN: The Bulldogs are primed to take a step back after losing huge talents in Nick Norton and Nick McGlynn. Tremell Murphy is a player to watch here.

WIN: There are plenty of Big West teams to be leery of, but Riverside isn’t really one of them. Air Force should head into the New Year on a high note.

Takeaway: This schedule seems like a good fit for the Falcons’ talent level. There are a couple games that could end up in Quadrant 1 or 2, bookended by handful of extremely winnable games. If Air Force can avoid the upset against Texas State and pick up a win over TCU or Duquesne, they would have a solid case for postseason play, so long as they keep their head above water in the MWC. 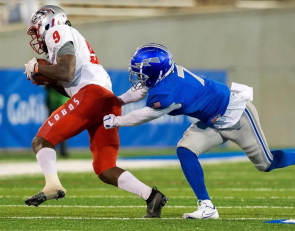 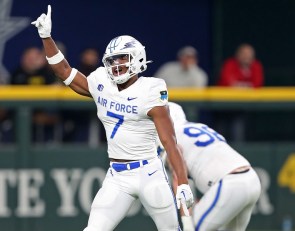