It’s been a few years since the Spartans had an impact pass rusher, but defensive end Cade Hall might be the team’s best such prospect since Travis Johnson. He played the entire season while starting the last seven games, finishing 2018 with three sacks and 4.5 tackles for loss, so a full year on the edge could bring with it plenty of excitement for the SJSU faithful.

The Rebels project to have one of the most potent offenses in the conference thanks to their explosive runners, but Justice Oluwaseun might be the kind of player who pushed the production to a new level. The 6-foot-3, 325-pound offensive tackle has already been hailed by head coach Tony Sanchez as “the most talented” lineman of his entire tenure.

A huge chunk of the 2018 Aggies’ offensive line has moved on, but the one player who returns, offensive tackle Alfred Edwards, could stand to get a little more attention. After all, he started eleven games and protected Jordan Love’s blind side last season, playing 662 total snaps.

It seems likely that no one player could fully replace Andrew Wingard or Marcus Epps, but Keyon Blankenbaker looks like the kind of versatile defender that will keep the Cowboys defense a dangerous one. He was listed atop the post-spring two-deep as a nickelback/strong-side linebacker after making four starts for Wyoming in 2018, earning a 62.5% Defensive Success Rate in the process, which is probably a level of production of which Craig Bohl approves. 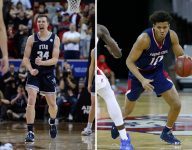 Fresno State vs. Utah State: Series Preview Will the Aggie frontcourt be enough to hold off upset hungry Fresno (…) 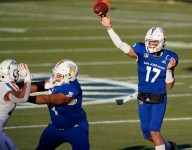 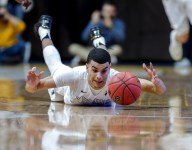 UNLV vs Wyoming game preview: Rebels and Cowboys close out the season in Laramie

After a loss to San Diego State, the Rebels can still earn the six or the seven seed in next weeks conference tournament depending on the (…) 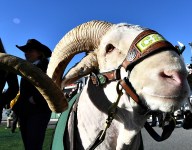 Colorado State vs. Nevada: Preview, How To Watch, Stream

Colorado State vs. Nevada: Preview, How To Watch, Stream Rams, Wolf Pack should be a good one. Contact/Follow @MWCwire (…) 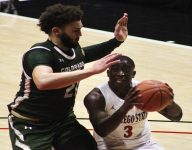 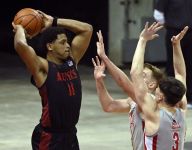 No. 19 Aztecs Defeat UNLV To Clinch Second Straight Mountain West Title SDSU enters next week’s Championship as the No. 1 (…) 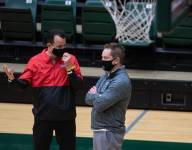 New Mexico vs Colorado State: Game Preview, Radio, TV, Odds & More The Rams and Lobos play a make up game from earlier this (…)