What does everyone think about the Lions taking Tavai?

Not everyone is happy.

Hawaii linebacker Jahlani Tavai was taken earlier than expected by the Detriot Lions with the 43rd pick. There was a ton of reaction for the Hawaii linebacker being taken by the Lions, some good an not so good.

I also had heard this, as well as serious interest in Tavai by the Eagles. That was just verified to me from someone I trust. https://t.co/4J7JwqXtBq

My initial take on Jahlani Tavai, at 6'4 245, he fits the prototype ILB and dismissing his injury, could easily be a top 5 guy at his position, 2 seasons of 124+ tackles and was on pace for a 3rd before his shoulder/elbow injury… the numbers match the tape… pic.twitter.com/LnmQTnuwPN

I wonder if Lions fans would feel better if I photoshopped Jahlani Tavai in an Alabama uniform… 😆🤔 @pawloski_roman pic.twitter.com/llHOpTOktF

Allow me to offer you everything I knew about Jahlani Tavai before tonight: [404 error file not found]

I doubt many were sitting around watching Hawaii at 2am, that’s why he’s an unknown. 100+ tackles twice, and 82 in 8 games last year. Sounds good to me. Quinn & Patricia know what they are doing. #OnePride

I just arrived home from my hour + commute home to find out about the @Lions pick of Jahlani Tavai and decided to hit Twitter to see how many tweets I had to get through before I saw the “Greedy was available and we picked this unknown…” tweet. For the record it was 20.

UP NEXT: Find out what NFL Draft gurus think 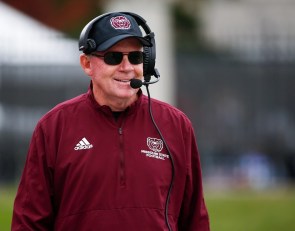