Otzelberger, 41, is has been with the Jackrabbits the past three years, going 70-33 with two NCAA Tournament appearances.

In his first year, Otzelberger led South Dakota State a No. 16 seed in the NCAA Tournament, resulting in a 66-46 loss to Gonzaga. The following year, SDSU was a No. 12 seed and fell in a narrow 81-73 defeat to Ohio State.

Otzelberger has coached Mike Daum, one of the nation’s highest scorers of all time. Daum averaged 22.4 points and 9.0 rebounds per game over his four-year career with the Jackrabbits.

The position opened when the program opted to part ways with Marvin Menzies, who spent the previous three years as the head coach.

Menzies went 48-48 in his time with the Runnin’ Rebels, failing to reach the NCAA Tournament or postseason. 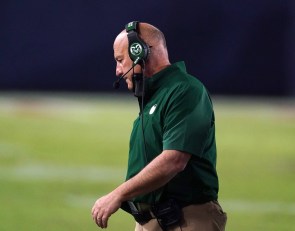 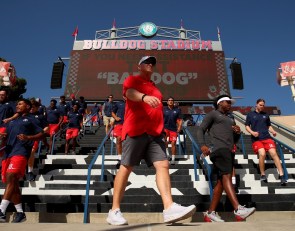