San Diego State travels to Nevada for a shot at the kings.

In the preseason, this game was billed as the game that would decide the Mountain West regular season championship. Fast forward to the closing week of the season, one of these teams is guaranteed an invite to the Big Dance regardless of the outcomes in Las Vegas next week. Despite this, San Diego State would love to play spoiler and deny Nevada outright ownership of the Mountain West regular season championship.

In the Mountain West era, the Aztecs have not claimed a victory against the Wolf Pack in Reno since 2016, during Eric Musselman‘s first year of tenure.

In recent history, both teams have owned home court advantage. After Musselman’s first year, the Aztecs have gone 2-2 in games in San Diego and Reno. Yet, the Aztecs beat the Wolf Pack last season swiping the Mountain West Conference auto-bid for the NCAA Tournament.

San Diego State looks to take an edge on Nevada and close out their regular season 2-0 against the conference-leading Wolf Pack.

Here are the keys to how San Diego State snatches this victory across state lines.

San Diego State looks cannot meltdown. Rewind to Wednesday, where a sequence of events, summed up San Diego State’s season. Despite having an 8-point lead with under 3 minutes to go, the Aztec’s mental meltdown gave Fresno State a 2-point victory.

There were opportunities for San Diego State to call timeout, regroup, and find ways to take their time. The Bulldogs kept their full-court press and forced the Aztecs to play a faster tempo, despite being up 8 points. Credit former coach Justin Hutson for drawing up defensive schemes for the frazzled Aztecs.

Nevada will bring extra energy for this matchup, especially after taking a loss and getting court stormed at Viejas Arena. Fresno State laid the blueprint to win, and with the experience on the Wolf Pack side, San Diego State cannot afford to be sloppy.

San Diego State has started slowly in recent games, except for San Jose State. Against Fresno State, there were no points for almost 5 minutes to open the game. There was not a field goal made until the 13:59 mark.

Against Utah State, save for an opening 3pointer, there was not a field goal made until 13:06 mark. Don’t get started on the blatant slow start at UNLV neither.

In those three games, San Diego State has scored a combined 8 points before the first media timeout. With everything leaning towards Nevada’s favor, they won’t be able to stay competitive if they can’t shoot. Unless, of course…

In the Viejas matchup, the defense was big. The Vegas odds were leaning towards a Nevada cover, but that night San Diego State clicked and played vintage-San Diego State defense.

A lockdown defense that would choke an opponent’s opportunities and slow down opposing tempos. That combined with an energetic pro-Aztec crowd kept San Diego State in the game. Utah State might have borrowed that formula against Nevada in Logan, UT, where the Aggies frustrated the Wolf Pack and also stormed the court. Albeit with more consequences than their San Diego counterparts. 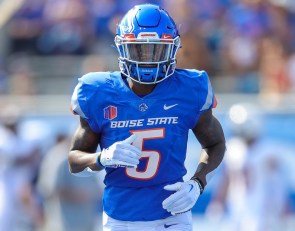