Lobos round out coaching staff

Coach Bob Davie made his final selection to complete his coaching staff before spring ball starts by hiring Dan Carrel to coach the outside linebackers. This makes a total of three changes in the Lobo football coaching staff from last year’s team.

To coach Davies’s credit, he is very decisive about making wholesale changes in the Lobo staff when the program is not headed in the right direction.

Carrel who was on staff for four seasons at the University of Houston where coached the same position group since 2015. He will replace Archie McDaniel who left for Texas State to be the co-defensive coordinator at Texas State.

He started as a graduate assistant for the Cougars before being promoted to the full-time linebackers coach after just two seasons.

Carrell was on staff for the Cougars to help Houston to a ranking of 2nd in the American in rushing defense (147.9 yards per game0, scoring defense (23.8 points per game) impressive pass efficiency defense (121.5) and red zone defense (77.1 percent)

The Cougars were rank 13th nationally in total defense and fourth in rushing defense in 2016.

Peterson replaced Kevin Cosgrove who was the DC for the Lobos for six seasons. Cosgrove will stay on staff for Bob Davie coaching the linebackers for the Lobos. 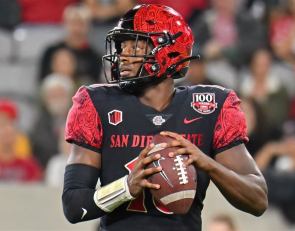