No bare chest for coach Muss at Viejas. 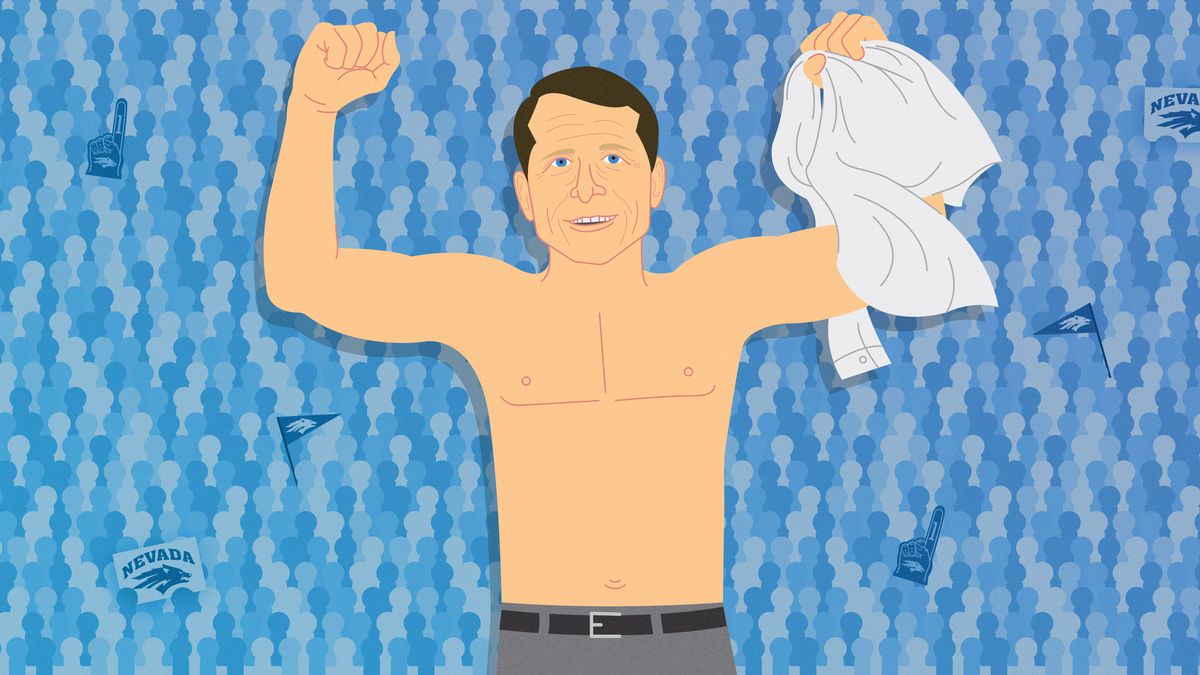 SDSU (17-9, 9-4) shot an underwhelming 39.7 percent, but it was enough to beat Nevada (24-2, 11-2). This was the third straight time SDSU has defeated Nevada and also the highest ranked team the Aztecs have EVER beaten.

The Wolf Pack shot just 33.9 percent. Nevada was held to its lowest points total this season. The only other time it was held to lower score (56) was also against the Aztecs on Feb. 12, 2017.

Mid second half, the Wolf Pack was trailing by 16 points but narrowed the gap to 55-60, in the closing seconds. Jeremy Hemsley and Devin Watson, however, locked the game down.

Hemsley managed a layup with 29 seconds to go followed by a free throw on a foul by Jordan Caroline. After a layup by Nevada’s Cody Martin, Watson nailed two free throws on two fouls to end the game.

“That environment was incredible, it reminded me of a few years back,” Aztecs coach Brian Dutcher beamed. “It was good to have the building packed like that and we’ve always had the best support.”

Hemsley and Watson both finished with 15 points each for the Aztecs. Martin had 20 points for the Wolf Pack.

It’s notable that two of the best scorers on each team, Caroline and Jalen McDaniels, did not score at all in the first half. Caroline finished with eight points and McDaniels with 10.

“I give San Diego State a ton of credit,” Nevada coach Eric Musselman said. “I thought they played really hard. I thought they defended.”