What would be considered a good and bad season?

How Nevada is Approaching the Upcoming Season with High Expectations

It came as no surprise when it was announced at MWC media day that Nevada was the near-unanimous pick to win the regular season conference championship.  From the top of the conference to the bottom every program has set goals, some with lofty expectations of an NCAA bid or conference crown, others trying to show improvement over last year and notch a few more wins.

While teams like SDSU and New Mexico are dealing with high expectation in hopes of dethroning Nevada and getting an NCAA bid, the Wolf Pack have to deal with even bigger expectations. Different programs often deal with expectations in polar opposite ways.

Mick Cronin in a recent interview when asked if he thought the Cincinnati team was being disrespected by being picked to finish second responded by saying “We really don’t talk about stuff like that.”

Later in the interview, he revealed that he likes to use the PHD philosophy; if his players are poor, hungry and driven then the players and team will improve and get better. With the year in a year out success Cincinnati has had under Cronin’s reign it is hard to find fault with this approach.

ACC Wants Every Division I Team In NCAA Tournament 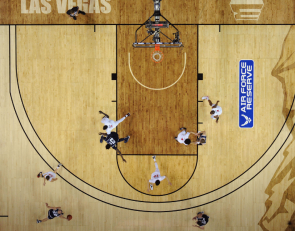 New Mexico Unable To Practice Despite College Basketball Having A Return Date Lobos unable to hit the hardwood just yet. (…)

Mountain West To Resume Play On Oct. 24? Reports have football back before Pac-12? Contact/Follow @JeremyMauss & (…)

The Lakers went small for the Houston Rockets series, but size will be important against the Denver Nuggets. (…)

Navy Coach Kedging after Blasting the Pentagon and Air Force

ACC Wants Every Division I Team In NCAA Tournament

Will AAC Cement Itself Over Mountain West In Football?

PODCAST: Does It Matter If AAC Plays Football While Mountain West Does Not?

Air Force To Officially Host Navy In Football This Fall