24-year-old Xander Schauffele is atop of the leaderboard at Carnoustie  in one of the world’s oldest continuing sporting events.

Tomorrow Schauffele starts Round 4 of the 147th Open Championship in the final pairing with Jordan Spieth.

What is the hallmark of a meteoric rise?  It’s the ability for an individual to rapidly emerge from obscurity to celebrity and embed his or herself into the hearts and minds of people.

Right now, in the world of golf, Xander Schauffele is rising quickly.  He won’t be ignored, and his skills are garnering major attention from even the most discriminating of golf’s legends.

During 2017, Xander collected the PGA Tour Rookie of the Year Award, after winning 2 PGA Tour events. Although he hasn’t won in 2018, he did finish runner-up at The Players and he tied for sixth at the U.S. Open.  These are two of the year’s toughest tests.

The 24-year-old is in currently in Carnoustie, Scotland where he co-leads the 147th Open Championship alongside 24-year-old Jordan Spieth in the final pairing of one of the most prestigious sporting events in the world.

Schauffele followed a second-round 66 with a 67 on Saturday to take a share of the 9-under-par lead with Spieth and Kevin Kisner. He looks remarkably natural on the links course that has anointed some- and crushed others.

Carnoustie has an unpredictable weather pattern.  It is prone to frequent rain and wind.  It is also home to the notorious Barry Burn, a massive, serpentine stone-walled waterway that slithers through the ancient course and has wreaked havoc during several Open Championships of years past.

Schauffele will be the underdog in Sunday’s pairing, like he was on Saturday alongside Rory McIlroy.

Tomorrow is a prime opportunity for Schauffele to join the ranks of this generation’s major champions.  He appears cool, calm and collected.  If there is one thing everybody can agree upon: he looks like he belongs on top.

The Aztec Nation congratulates Xander Schauffele for his true grit alongside the world’s greatest golfers.  Good luck during Round 4 in Carnoustie. 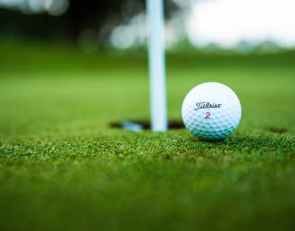 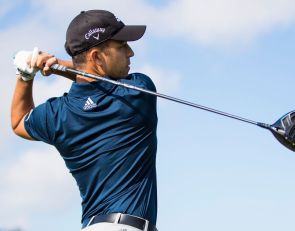