Mid Major Conferences In The Regionals

Mid Major Conferences In The Regionals

How ARE The Little Guys Doing

If you’ve followed my drooling in other sites in the past, then you know how I feel. I love the Kent States and Coastal Carolinas of the baseball world. Let’s take a look on this nice Sunday afternoon.

Ugh. A one bid conference more than lives up to its reputation. Yes, I’m talking about the Mountain West. San Diego State plays two and loses same and not really in either game in the Corvallis Regional

Also 0 for 2 in the Athens Regional

Also in the Athens Regional and fighting for its life. They are 1 and 1 (defeated Duke in game 1). They are down 8-7 to Georgia late in winners’ bracket

Didn’t score a run in their two games. Need I say more? One of the few teams with a losing record. Chief reason I hate conference tournaments for one bid conferences. Ah well, someone has to go. They did win the conference division in which they played and swept through the tournament easily to get to the regional. So, in this case, I withdraw my objection.

They went 0 and 2 in games that were not close. They got pummeled by North Carolina and Purdue (Purdue? Really?)

Down in two but played Clemson close on the Tigers home field in losing 4-3.

Thanks for comin’ guys. They went 0-2 in the Conway Regional.

They are 1 and 1 and playing in an elimination game against Connecticut as I type this. Most of you know they are no slouch at baseball and played the role of Fresno State two years ago, IIRC. Yeah, this old guy speaks acronym to some degree. Anyway, this team is good and hopefully will continue to carry the torch for the mid major.

This is one of the teams that whacked SDSU in this, the Corvallis Regional. This is also one of the types of teams that I’d love to see San Jose State play. I remember a few years back the Spartans played Nicholls in an OOC series in San Jose. I talked to some of the Nicholls’ players and most had never been out of the state of Louisiana and boy, were their eyes wide being in San Jo. We need more of that. Bring on the world. Anyway, the Demons (1-1) are still playing in an elimination game with LSU. Convince me THAT isn’t a grudge match.

They are 1-1 and playing in an elimination game with Oklahoma State in the DeLand Regional. That’s Stetson’s home town and field as they are a host and read on as I talk about them just below Hartford.

Hey, folks, this could have been San Jose State if they’d won the MWC Tournament. Automatic bid to a non-deserving participant and then wondering how they ended up holding their jock. Yep, Hartford out in 2.

As I said above, they are the host team in this regional which boasted three mid major teams with Oklahoma State being the only big boy. Stetson is 2 and 0 and is waiting to see who wins between OSU and South Florida. Guess which I’m rooting for. Don’t tell my friend Cecil.

ORU got bopped pretty good in their two games but scored runs in both. Nah, that doesn’t make it alright. They weren’t in either game.

The Patriots are 1-1 losing a heartbreaker 9-0 to Southern Miss. Well, guess what fans, they play Southern Miss again today to see which of the two goes home. I’ve followed DBU since the short time the team was in the WAC. They are good just about every year. I mean, look at that record and the MVC is a tough baseball conference.

The consummate mid major. Seldom does the rep from the Ivy League do much but will take SATs for food. They got hammered in both of their games but did show up. There was a time when the Ivy League was darn good in baseball. Think Lou Gehrig. Yeah, everything black and white back then.

Yes, these guys are pretty good in a pretty good conference. They are 1-1 now and are in the process of taking Jacksonville to the shed to show them who’s boss; up 10-0 in the third. Host Florida awaits the winner.

Another decent team with a good record. Whoda thunk that the RPI of these guys was a more than respectable 21 with a SOS (y’all know what that is, right?) of 37? Anyway, a good team. They are 1-1 and played Florida class in losing 3-2. They are getting whacked by FAU (above) in an elimination game. The Gainesville Regional has Florida as the big boy and three mid majors.

Hmm, the Carolinas have a load of D1 programs and all are at least competitive if not great. This team is one of those. They are 1-1 and playing East Carolina in an elimination game to see which plays South Carolina.

I argued with myself whether I should include this team. I lost as here I am. They are the host team and the record warrants that. They are 1-1 and playing the team above as I said. My money is on ECU.

The Aggies went 0-2 and showed no offense while doing it. Playing in a fairly weak conference at any level shows up when all the teams are good come tournament time. I expected a bit more from them.

The MAC turns out at least one good team in just about all sports each year. Kent seems to lead the way when it comes to baseball. Personally, I’d love to see them win it all someday. They’ve split their two games so and will be playing Louisville, which has already easily beaten them, in an elimination game. Go Flashes!

This team is always pretty good and this year is no exception. They are 1-1 and are playing UCLA in an elimination game to see which plays Minnesota for the rights to move on. Minnesota is the host team and I wouldn’t have guessed the Big 10 would have been so well represented this year.

I guess they were just glad to be here at the Minneapolis Regional as they didn’t stay for dinner going 0-2 in lop-sided games.

They are 0-1 at this point (due to weather) and are down to Saint Louis 6-4 in their second game. This is the Oxford Regional with the lone big boy Ole Miss as the host team to three mid majors. Too early to tell anything yet. The two teams below are also in this regional.

I remember following this team when they and San Jose State were both members of the WAC. I miss watching them as they could always hit. Good record with a poor SOS. They are 1-0 in the Oxford Regional.

These guys are a weird one. A good record with a poor RPI and SOS. I ain’t looking but I bet they weren’t even considered until they won the conference tournament. I’ll leave it at that. I looked at their schedule and results and they had success against Big 10 teams which is the only thing I saw that caught my eye. They are 1-0.

A good RPI and a decent SOS so here they are. Never mind, 0-2 and gone.

The lone rep of this conference with little respect from outsiders. This team is one of a small handful that I’d really like to see do well. They are 1-1 and playing Auburn, which already destroyed them, in an elimination game.

I still call them Fullerton State even when being corrected. Anyway, the Titans play in a usually tough conference which has dropped a bit in the last year or so. Fullerton always comes into a regional feeling they should win it all and they are always talented enough to at least get into the CWS. They are 2-0 after beating host Stanford with a walk off dinger in the bottom of the ninth. Home crowd was not happy. The Titans await whichever team they play in the finals.

These guys lost both of their games but one of the losses was a close one at 4-3 to host Stanford. I think they may have run out of gas after one game.

This team has been doing a tad more than just representing. They beat host team Florida State 7-6 and lost to Oklahoma 4-0. That makes them 1-1 and playing Mississippi State in an elimination game. They are losing 8-4 and don’t have a lot of time left. The host Florida State has been stunningly eliminated.

As you look at the list of conference records, below, some of the results will be outdated but you get the picture. The Sun Belt, Atlantic Sun, and the Big West are the conferences that shine so far. Let’s hope they all move on.

MWC – 0 for 2 and struck out looking both times.

Major League Baseball Got You Down? Try The Mountain West. 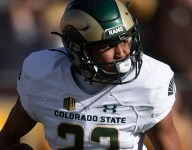