Nick Bawden is going to help the Detroit Lions change everything in 2018, starting with bringing back the fullback.

Nick Bawden had faith in Aztecs coaching who converted him from quarterback to fullback.  Now he’s a Detroit Lion.

The Detroit Lions exercised their final pick of the NFL draft to choose San Diego State fullback Nick Bawden in the seventh round at 237th overall.  Bawden logged the second most snaps nationally at fullback in 2017.

In 2016, Bawden was a first-team All-American by Pro Football Focus, grading out as the best blocking fullback in the country and the sixth-best fullback overall.

During that time, the Aztecs ranked eighth nationally in rushing yards per game (257.9) and fifth in yards per rush (5.7). Since 2016, SDSU averaged an astounding 5.4 yards per rush in 51 third down and short situations, when needing two yards or less.

For the Detroit Lions, everything’s going to change in 2018, starting with bringing back the fullback.

Detroit fell into last place in rushing for the second time in three years. They were bad in short-yardage situations, too, moving the chains just 45 percent of the time on third- and fourth-and short. That was worst in league.

So the Lions signed LeGarrette Blount and Nick Bawden.

Bawden began his career as quarterback with a scholarship offer to Harvard, but converted on the dynamic Aztecs squad.

Said Bawden, “At first I really didn’t believe that I could do it, but I wanted to stay in San Diego.  I loved our coaches. I loved everything that we were going toward, so I was willing to give it a chance. That definitely gave me an opportunity to be where I am today, talking to you as a Detroit Lion, which I am so excited about. It’s an incredible opportunity.”

The Lions suddenly have an impressive backfield. LeGarrette Blount, Ameer Abdullah, Theo Riddick, Zach Zenner, Tion Green and Dwayne Washington are also under contract, not including undrafted free agency.  Watch out for the 2018-2019 Lions.  They’re shaking things up. 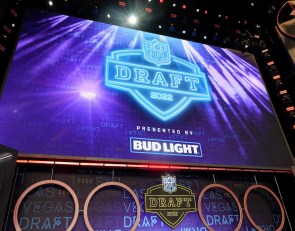 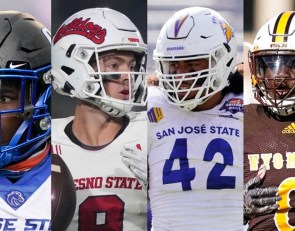