Another incredible comeback for Nevada as the Wolf Pack came from 22 down.

The Wolf Pack Do It Again As They Come From Behind To Defeat Cincy And Advance To The Sweet 16.

It looked like the end of the road for this Nevada Wolf Pack team early in the second half after Cincinnati’s Gary Clark nailed a jumper to put the Bearcats up 20.  The Bearcats used their physical, grind it out style to put the clamps on the seventh-seeded Wolf Pack throughout the first half and it looked like more of the same was going to happen in the second half.

But it wasn’t the case as the Wolf Pack climbed out of another large deficit (this time it was 22 points) to upset the second seeded Bearcats 75-73 on Sunday to advance to the Sweet sixteen for the first time since 2004.

Perhaps we should have heeded the words of a tweet sent by the good folks who run the Nevada Basketball account @NevadaHoops when they tweeted this out:

Nevada’s comeback victory over Cincinnati is the second largest comeback in NCAA tournament history and it marked an incredible two game run for a Nevada team that saw them facing large deficits only to come back and win the game.

The comeback began with Nevada chipping away at Cincinnati’s large lead throughout the second half. The Wolf Pack went on a 16-0 run at the seven-minute mark of the game when Cody Martin hit a three to make it 65-59 Cincinnati.

The Wolf Pack were able to get the Cincinnati lead down to a one score at 71-68 when Cody Martin was fouled when he converted a layup and completed the three-point play. Cincinnati did extend the lead to 73-68 after Cane Broome made both of his free throws to extend the Bearcats lead.

With under two minutes left in the game, Jordan Caroline’s layup cut the Cincinnati lead to 73-70. After Cincy’s Jacob Evans missed a jumper, The Wolf Pack rebounded the ball and with under a minute left Caleb Martin nailed a three to tie the game at 73-73.

Nevada took the lead for good with nine seconds left when Josh Hall rebounded Cody Martin’s missed layup and Hall laid it in the hoop for the go ahead score at 75-73. The Bearcats did have one more chance to tie or win but Cane Broome turned the ball over as time expired and the Wolf Pack secured the victory and it was celebration and jubilation for the Wolf Pack team and fans.

"Nothing feels better than this!"

And we got to see shirtless Eric Musselman!!!

WHAT A COMEBACK!@NevadaHoops overcomes a 22-point deficit to defeat Cincinnati and advance to the #Sweet16!#MarchMadness pic.twitter.com/4bI6nJ3G5e

It doesn’t matter how long you lead but as long as you do when the game ends.

The Wolf Pack will move on to play feel good Cinderella story Loyola-Chicago in the Sweet 16 in Atlanta on Thursday. Time of game to be determined.

All @NevadaHoops fans we have THE BEST way to celebrate the come from behind win over Cincy with this shirt from @breakingtcohttps://t.co/sOjrIXPoP4 pic.twitter.com/GKh1DZyAS2 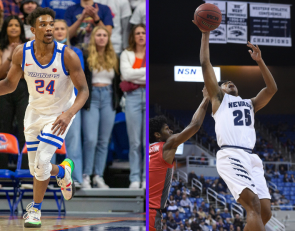 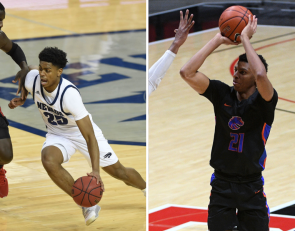 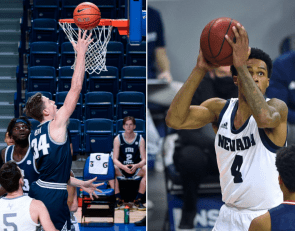 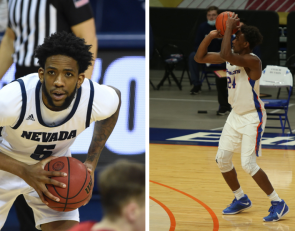